While the barriers are steep for Black women in law, supportive networks and opportunities exist to turn obstacles into societal change.

Attorney Paula T. Edgar knows that barriers stand in the paths of Black attorneys, but she thrives on finding ways to knock them down. Her legal background empowers her to provide access for other people of color to become successful lawyers. 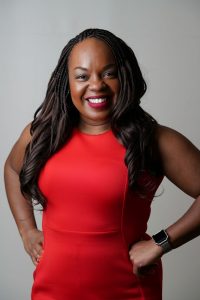 “It’s improbable that, from … being enslaved, [an African American] would then, centuries later, help make and shape the law. That is a miracle,” says Edgar, a consultant on issues of organizational diversity.

Edgar’s work focuses on changing toxic environments, such as those described by sociologist Dr. Tsedale M. Melaku in her book, You Don’t Look Like a Lawyer: Black Women and Systemic Gendered Racism. The book examines the experiences of Black women lawyers in elite corporate law firms. Melaku relates those specific experiences to how race and gender play a larger, crucial role in the experiences of women of color in traditionally White institutional spaces.

“There is a moral imperative to this and an accountability that needs to be addressed,” says Melaku. “That comes out of having uncomfortable conversations about the status quo and maintaining the privilege that oftentimes is White and male.”

Melaku’s book details how Black women in elite law firms are simultaneously invisible and hyper-visible. Their stories range from associates constantly being mistaken for clerical staff by the partners to physical presentation to the expectation that they recruit attorneys of color to the firm, among other issues.

Melaku says the television series Insecure portrayed a spot-on depiction of the women in her book. One of the lead characters, Molly, an associate at an elite law firm, noticed a summer associate, Rasheeda, was not conforming to the firm’s cultural norms. A partner soon asked Molly to speak to Rasheeda about it, which Molly declined to do. The story arc concluded in a scene without dialogue in which Molly sees two partners reprimanding Rasheeda.

“The direction was to understand that it was a moment that was inevitable,” says actress Gail Bean, who portrayed Rasheeda. “A lot of times, as Black women, we go through obstacles and oppressions and we don’t speak of them, not even to each other to be uplifting. To witness it on TV and be a part of that major moment, I feel that was a healing moment for Black women to see and to understand it.”

As far as invisibility, in Melaku’s book, Black female attorneys describe being unable to build authentic mentor/mentee relationships with White male partners or find sponsors and advocates who propel them forward. They are often excluded from cases, projects and networking opportunities that would place them on track to promotion.

“They’re often forced to expend emotional and mental labor in order to navigate the firm and the discourse surrounding their visibility,” says Melaku. “They have to engage in very careful self-presentation and impression management to avoid stereotypes and prejudices.

“Partners seek to form organic relationships with people that tend to look like them, which oftentimes excludes women and people of color because the majority of partners are White men.”

For attorney Evangeline M. Mitchell, founder and executive director of National Pre-Law Diversity Initiatives Inc., the vital supports begin with college students who have an interest in the law. Every year, the organization hosts information-sharing and networking empowerment events, such as the National Black Pre-Law Conference, at which attendees receive information about law school admissions, financial aid, standardized tests and academic preparation. 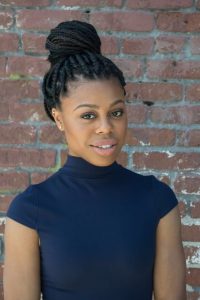 “We share the honest realities of the additional challenges and difficulties that Black law students face as a result of being Black in predominantly White law school environments,” says Mitchell. “We let students know what to expect — low expectations, being excluded from study groups and social events — and provide tangible coping strategies and advice on how to push through and be excellent despite the bias, microaggressions and daily insults.

“We let them know that these are things we, as a group, have faced and continue to face, but we can still make it in spite of the extra burdens that come along with being Black in environments where we are not always wanted or welcomed.”

Edgar calls herself a megaphone amplifying the issues so no one suffers in silence or gives up.

“We’re never going to be able, as one person, to counteract the fact that there is systemic and institutional racism,” she says. “However, many people with their knowledge and abilities to navigate in spaces that were not meant for them when they were created does effect change.”

She considers mentoring of great importance and remembers when she attended a networking event as a law student and a woman led her around the room introducing her to influential people. “That one event changed my trajectory because then I knew folks,” says Edgar.

Today, Edgar tries to be that “lawyer in the family” for young Black attorneys who don’t have such a person. Whether it’s informing people about scholarships or events worth attending, she’s mentoring both individuals and groups. She’s part of The Black BigLaw Pipeline, a new organization working to reshape the legal profession.

Edgar is also a member and past president of the Metropolitan Black Bar Association (in New York), which she says is both a safe space and strategy center for Black attorneys. A retreat is being planned so people can bond while relaxing, but there will also be discussions about initiatives, such as guidance for people interested in becoming judges.

That is important, says attorney Kristen Clarke, president and executive director of the National Lawyers’ Committee for Civil Rights Under Law, despite the current trend she sees of racial and gender diversity clocks being turned backward.

“When that moment [of opportunity] happens, it will be critical that we have a pipeline of talented Black women and women of color to tap into to fill those critical roles on the bench,” says Clarke.

Clarke says she entered law school recognizing the power of the law as a tool for driving social change. She saw the courts as one place to turn to correct injustice and to eliminate the barriers to racial equality.

“I came into law school with a goal of doing civil rights work and stayed firm in that commitment,” says Clarke. “I took clinics, pursued internships and sought out opportunities outside the classroom that were aimed at keeping me on that path to pursuing social justice work and civil rights work.”

As a prominent figure in contemporary civil rights law, Clarke encourages young attorneys to be active in civil rights, no matter what their work environment is like.

“If you’re in a corporate law firm, sign up for pro bono opportunities to round out the experience that you’re getting day-to-day,” says Clarke. 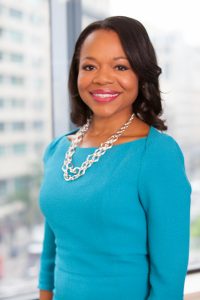 solutions on organizational diversity efforts, intercultural fluency initiatives, sexual harassment prevention and EEO compliance. While sometimes the landscape of elite law firms looks bleak, Edgar says you sometimes have to find people in authority who want to make change, but need someone to help them move forward. In a law firm, it would begin with an assessment.

“Sometimes, organizations, including law firms, don’t even understand how some of their policies and protocols are perpetuating racism, sexism or any other ism,” says Edgar. “We explain as we go along that change happens incrementally.”

While Edgar sees a landscape ripe with opportunities, complacency will only perpetuate bias. People of color must be mentors and sponsors and they should actively encourage White allies to step it up and do the same.

Part of creating change, Melaku says, calls for courageous, Black female attorneys who are willing to face the challenges of elite law firms to make changes from within.

“Tackling issues that Black women face in these organizations oftentimes has beneficial effects for other marginalized groups as well. Although we’re talking about the problems that exist, it’s important to also shine light on ways that we can address them and create a sense of forward action, movement and positivity as we work hard to battle these very difficult issues.”

This article originally appeared in the May 14, 2020 edition of Diverse. You can find the edition here.

For Missing Civil Rights Hero, A Degree at Last