Last Friday, a Black man driving in Vermont in a vehicle with New York plates was reportedly flagged down and told “to leave” the state by drivers of two vehicles, said a Vermont police press statement. According to The Grio, the man who was flagged down is Christopher L. Brown, a professor at Columbia University. 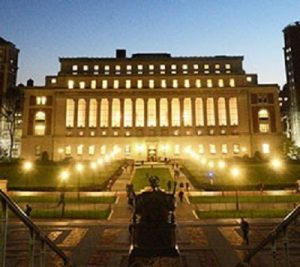 Grio said the professor had recently returned to Vermont after the COVID-19 pandemic closed the school’s campus in New York. Brown told Grio he and his family returned to stay in their family home in Vermont and that his car has New York plates because he has multiple residences.

Vermont police are investigating the “bias-related incident” that took place in a town called Hartford.

“The victim, who is black, was advised that he was not wanted in Vermont and told to leave,” the police statement said. “There were significant racial undertones to the interaction. The victim, whose 11-year-old son was with him in the vehicle at the time, was in fear for the physical safety of him and his son. He was able to verbally deescalate the situation and drive home. No physical altercation occurred.”

State police investigators do not have descriptions of the vehicles involved and are asking anyone who might have more information about the incident to call the Royalton Barracks at 802-234-9933.

Vermont police said the state must continue to make visitors feel welcome “regardless of who they are, what they look like or where they come from, even during this pandemic.”