Rock and Roll legend Little Richard, who died of bone cancer on May 9, will be buried on Wednesday at his alma mater Oakwood University, a historically Black institution in Huntsville, Alabama, reported the Associated Press. 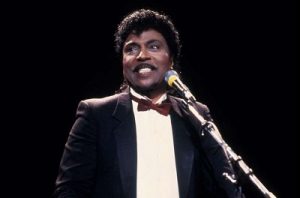 The funeral for the musician, who died at 87, will be a private ceremony, said Gerald Kibble, the director of Oakwood Memorial Gardens. The cemetery is owned by Oakwood University, a Seventh-day Adventist institution.

Little Richard was born Richard Wayne Penniman. He grew up in Macon, Georgia, and rose to fame in the 1950s, according to an obituary of the artist in People magazine. He studied theology at Oakwood University in the late 1950s, said his close friend Pastor Bill Minson. Peterson Hall, the men’s dorm on the Oakwood campus, was Little Richard’s home when he first arrived in Huntsville, said David Person, spokesman for the Penniman family, to WAAY 31.

“Oakwood University or Huntsville may not have been Richard’s, I’ll say, familial home, but I would say in many ways, it was his spiritual home,” said Person.

Little Richard was cited as an influence by several artists including The Beatles, Elvis Presley and The Rolling Stones.

“The Beatles were opening for him at one point, not him for The Beatles. I mean you realize that when he said that he was the architect of rock and roll, I think he was right,” said Person.