Members of the class of 2020, their families as well as faculty and staff members from colleges and universities across the country gathered online May 23 for a virtual national Lavender Graduation ceremony.

Given the cancellation and postponement of commencement ceremonies due to the COVID-19 pandemic, Campus Pride and Parents, Families, and Friends of Lesbians and Gays (PFLAG) National decided to host the virtual ceremony on social networks such as Facebook and YouTube as a way to honor the achievements of lesbian, gay, bisexual, transgender and queer (LGBTQ+) students and allies.

“During these difficult times of physical distancing, it is wonderful to have colleges and universities nationwide come together remotely and celebrate our LGBTQ+ and ally graduates,” said Fanny He, assistant director of student activities and inclusivity programming at Marymount Manhattan College. “We hope students and community members watching the virtual Lavender Graduation feel a sense of pride, accomplishment and solidarity.”

Shane L. Windmeyer, founder and executive director of Campus Pride, said that graduation, especially for someone who identifies with the LGBTQ+ community, is a “unique time” because each day of their existence can be a challenge on a college campus.

“So our goal [was] to really create a digital milestone that people can look back on or watch and really feel like, ‘Wow, this is something special and I’m glad that I was able to create a memory through this digital graduation,’” he said. “That’s ultimately what graduation day is all about, creating memories with your family and friends.” 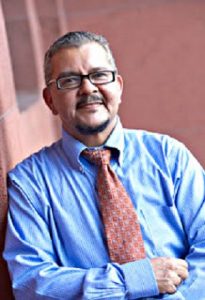 Diego Sanchez, director of advocacy, policy and partnerships at PFLAG, began the ceremony by discussing how his life started with uncertainty. At the age of five, he found the courage to tell his parents he was born “wrong.” His parents both left the room and his mother came back with a magazine that featured Christine Jorgensen, who is recognized as the first individual to undergo sex reassignment surgery in the U.S.

“My mother said, ‘I don’t know if there are others like you who are born a girl and know that they are a boy,’” he said. ‘“But this woman was born a boy, grew up to be a man and then eventually became herself. So, it’s okay for her and it’ll be okay by the time that you grow up.’”

Additionally, as a first-generation college student himself, Sanchez recognized the importance behind a graduation celebration.

“While this may be a moment of unprecedented certainty, there is no bigger time or opportunity for you to embrace the creativity that is highest when you’re young than right now,” he added. “It is okay to worry but it’s also okay to be creative and fearless. You have been educated now in a way that lets you celebrate yourselves. Your PFLAG family also celebrates you and joins you in this journey.”

This year also marked the 25th anniversary of the Lavender Graduation, which was established in 1995 at the University of Michigan (U-M) by author and LGBTQ+ historian Dr. Ronni Sanlo.

“It astonishes me that something that I created 25 years ago still exists and has grown across the country,” she said. “Not only are colleges and universities around the country hosting Lavender Graduations, but high schools are now beginning to do the same. So are community centers and other social organizations.”

In the spring of 1994, Sanlo was hired by U-M to be the director of the then-Lesbian and Gay Male Programs Office. When she arrived, it was commencement season and she noticed many African American and Native American students wearing kente cloth over their graduation gowns.

“I asked about the beautiful cloths and learned that African American and Native American students celebrated graduation ceremonies that were designed just for them, to honor their history and their time at the University of Michigan,” she said.

After having discussions with LGBT students on campus, Sanlo found that many felt “miserable” on campus due to discrimination and isolation.

“It saddens me to know that students felt that way about their college experience,” she added. “I had graduated from my undergraduate years in 1969 and remember those years, in spite of the fact that I was closeted, as among the best of my life. And then I remembered my lesbian and gay students. I envisioned them wearing rainbow tassels and Kente cloths and celebrating their lives and their sexual identity as part of their graduation.” 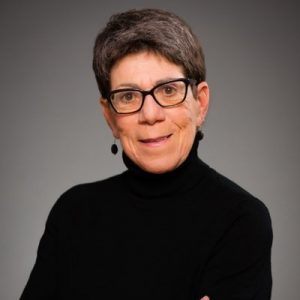 When Sanlo came out as a lesbian, she lost custody of her two young children in 1979.

“By 1995, though I no longer had my own children, I did have other people’s beautiful LGBTQ children for short periods of time,” she said. “I had not been invited to my children’s graduations, so I threw my own, called it Lavender Graduation and celebrated the lives of my precious students, you. To honor your lives and achievements and scholarships, your gifts to the academy.”

The Lavender Graduation’s name was inspired by the colors black and pink, which is the colors lesbians and gay men were forced to wear in Nazi Germany’s concentration camps. She originally thought that black and pink combined created the color lavender.

“It doesn’t as it turns out,” she said. “But my intention was to celebrate the memory [of] our lesbian and gay foreparents who died in the Holocaust in World War II.”

During her speech, Sanlo encouraged graduates to pay attention to their dreams and ignore those who tell them they can’t change the world. Additionally, she stressed the importance of knowing LGBTQ+ history, being an ally of all, supporting schools’ LGBTQ centers and Campus Pride and opening a 401k to plan for retirement in light of the uncertainty.

“As an activist and an educator, I thank you for the gifts you have given to your campuses,” she said. “I celebrate you for your scholarship, your campus engagement, your tenacity and your efforts for making your communities richer and more welcoming. I am incredibly proud of you and I want you to be proud of yourselves as queer people, as allies, as lavender people graduates.”

In addition to speeches from Campus Pride partners, higher education officials and prominent figures in the LGTBQ+ community, congratulatory messages continued to pop up on the screen. Additionally, around 20 schools, such as Napa Valley College and Marymount Manhattan College, sent in videos from faculty members and students to share their stories and messages of hope for the class of 2020.

“We hope students hear from people around the country” regarding “how much we admire their courage and bravery as well as their academic achievement as noted by their graduation from college,” said Greg Miraglia, acting senior dean for career education and academic pathways at Napa Valley College. “We hope students will feel part of a large community with lots of support.”