Two days after the death of George Floyd, a 46-year-old Black man, in police custody on Monday, the University of Minnesota minimized its ties with the Minneapolis Police Department as other universities and scholars expressed grief and outrage at the incident.

In a video that has been widely viewed, Derek Chauvin, a White Minneapolis Police Department officer, is seen pinning Floyd down on a street with a knee on his neck. “I can’t breathe,” Floyd is heard saying in the video. He died later in the hospital. Four Minneapolis police officers were fired after the incident was widely publicized,  reported The Washington Post.  Thousands of people in Minneapolis have taken to the streets to protest Floyd’s death. As of Thursday afternoon, no charges have been filed in Floyd’s death, reported CNN.

“Our hearts are broken after watching the appalling video capturing the actions of Minneapolis Police Department (MPD) officers against George Floyd leading to his tragic death,” wrote University of Minnesota President Joan Gabel in a letter. “As a community, we are outraged and grief-stricken. I do not have the words to fully express my pain and anger and I know that many in our community share those feelings, but also fear for their own safety. This will not stand.” 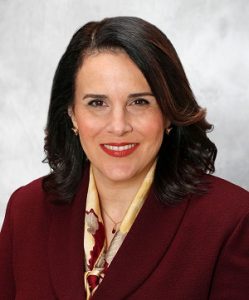 Gabel said in her letter that the university community demands “accountability and justice” following the police action.

“We have a responsibility to uphold our values and a duty to honor them,” Gabel wrote in her letter. “Our campuses and facilities are a part of the communities in which they reside. University students, staff, and faculty are day-to-day participants in the life of every community in this state, and we must act when our neighbors are harmed and in pain,” said Gabel.

Regarding the video that captured the incident, the University of St. Thomas,  another Minnesota institution,  issued a statement saying, “The images we have seen violate all that we know is right.”

While the police officers involved have been fired, “it undoubtedly will not take away the feelings of sadness, anger and worry so many are experiencing right now,” said Dr. Julie Sullivan, St. Thomas’ president, and Kha Yang, St. Thomas’ vice president for inclusive excellence, in the statement.

Sullivan and Yang thanked those in the campus community who are rallying to see justice brought to Floyd.

“Many of you are making your voices heard, through calls to public officials, through education, through protests, and through the personal care and attention you are giving to your classmates, students and colleagues. Thank you for the work you are doing to advance the common good following this tragic, horrible incident,” said Sullivan and Yang.

Floyd’s death comes mere months after the shooting death of another Black man, 25-year-old Ahmaud Arbery of Georgia, who was killed by two White men in February while he was out jogging.

The School of Social Welfare at the University of Kansas referenced Arbery’s killing in its statement Wednesday on the “violent racism” that also led to Floyd’s death.

“George Floyd is on our minds today as we sit with outrage and heartbreak at the senseless killing of yet another Black person by the police,” said the school. “Just over two weeks ago we shared our loss of words over the killing of Ahmaud Arbery. That has not changed. Our outrage, our heartbreak, deepens with every loss of life, every act of violent racism.” 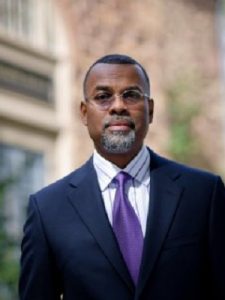 “Police don’t value the lives of black folk,” Glaude told MSNBC. “When you look at the face of that officer, he doesn’t seem to assume that he has his knee on the neck of a human being … He doesn’t hear him call out for his mother. He doesn’t hear him crying. This is the America we live in.”

Glaude could well be referring to the 2014 choking death of Eric Garner in Staten Island, New York. When put in a chokehold by a White police officer, with more officers restraining him, Garner’s last words, like Floyd’s, were “I can’t breathe.”

The job of the police is to protect, “not to be our executioners,” said Dr. Ibram Kendi, professor at American University and director of its Antiracist Research & Policy Center, in an interview with Democracy Now, the transcript of which was published in Truthout. He said it isn’t enough to fire the police officers, they should also be charged with murder. 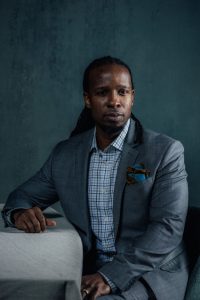 “You literally need to root out other officers in the Minneapolis police force that have the capacity to do this, I mean, and just like all over this country,” said Kendi. “It’s not enough to imagine that there are bad apples. You know, we need to recognize that there’s something wrong with the tree.”

That “tree” is what many activists and academics call systemic racism, and they say education must start early to ensure children and young adults do not become a part of that system.

“Now it’s more important than ever for parents — white parents in particular — to talk to their children about what happened to Floyd, and to discuss the systemic racism that caused his death,” said Dr. Elizabeth Yuko, adjunct professor of ethics at Fordham University, in an article on Lifehacker.

She has put together resources for people to use and follow to ensure racial justice and has issued a call for more resources but cautioned against looking to Black people for explanations and answers.

“Listen to people of color right now, but do not request that they answer your questions or provide you with the information you need to understand white supremacy. Put the work in yourself. Don’t rely on others to perform the emotional labor,” Yuko wrote.

Similarly, the School of Social Welfare at the University of Kansas also said action must be taken “especially [by] those of us with white privilege.”

“As a white male in America, I can no longer sit back and watch. I will never know what it’s like to be black in America but I do know I have the privilege to coach some of the best and brightest young people in the world who happen to be black,” said Ridder on Twitter.

“I’m privileged to have a beautiful wife and daughter that don’t have to worry when I go out for a jog or take a walk that I may not return due to my skin color,” he wrote. “This is the sad reality that we are living in and we have to be active in our approach to gain equality for our black brothers and sisters.”

Fourth President of Bethune-Cookman Dies at 91