While the impact of the COVID-19 pandemic is felt throughout higher education, a report from the Center for American Progress (CAP) advocates that public colleges and universities deserve the largest allotment of aid to ensure that racial and economic inequalities don’t deepen. 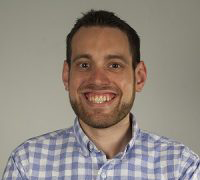 State budget cuts have repeatedly impacted these colleges and universities in recent years. Miller wrote that if these institutions don’t receive the funding needed during this time of acute crisis, racial and economic inequities will intensify and students already struggling to access higher education may be unable to complete their educations. CAP’s position is that Congress should recognize that public higher education is the most important policy goal.

CAP and some of its partner organizations have called for a minimum of $46 billion more in spending for public institutions of higher education. Miller noted that Congress should also address who gets the funds and how those funds can be used.

“The initial CARES (Coronavirus Aid, Relief and Economic Security) Act was a little bit narrow in its suggested use of the funds,” said Miller. “Congress would have to write new legislation that basically says the allowable uses for these funds include a wider range. Then probably have a clause at the end that says something like, ‘And other purposes the Secretary [of Education] may describe.’ So that it’s clear that it should not be limited to just what Congress spells out in law.”

Dr. Katherine S. Newman, interim chancellor of the University of Massachusetts Boston (UMass Boston), said students at the majority-minority institution are truly suffering either due to illness in the family or job loss, and their ability to stay in school is going to be compromised. Receiving aid is critical and she agreed that more funding is needed.

UMass Boston opened its application process for CARES Act aid in the first week of May and has already received applications from more than 3,000 students. As much as 90% of the applicants are undergraduates and 10% are graduate students. Of the total applicants, about 24% are White, 24% Asian American, 24% African American, 20% Hispanic and 8% unknown ethnicity. Only about 18% were set to graduate this spring. With no guarantee of future aid, the university will not release the aid all at once, but rather distribute it in pieces through the summer and fall. 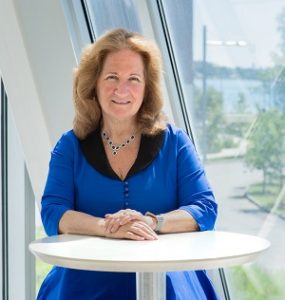 Community colleges are also at a disadvantage under the current CARES Act aid criteria, which favors institutions with more full-time than part-time students. CAP’s report suggested using a headcount instead of full-time equivalent (FTE) enrollment to assess allocation. It also suggested removing graduate students from the formula.

Newman said part-time students do need to be recognized and incorporated into any CARES Act funding. “The vast majority of low-income students are working students, and that almost always means that they are struggling between part-time and full-time,” she said.

The report also suggested excluding students from the count who were studying online-only prior to COVID-19 because those students have not faced the transition costs to distance learning. Utilizing CAP’s proposed formula, this would result in $290 million more in funding to public institutions and $221.7 million less for the for-profit sector.

Miller advocated for prohibiting private for-profit schools from receiving funds other than emergency student aid and 8having a smaller, separate allocation for non-profit private four-year institutions. Historically Black colleges or universities and other minority-serving institutions would have their own separate funding.

The most prominent suggestion is that public institutions should have a separate pot of money and that these funds should flow through the states. This would give governors some discretion over how funds are allocated, with the requirement that funding focuses on institutions serving large numbers of low-income students.

“One challenge that I noted in the paper is the higher education lobby has already endorsed using the same formula that Congress used last time [for CARES Act aid],” said Miller. “Treating all institutions equally in one pot completely misses how crucial our public institutions are for the vitality of our country. I am extremely worried that in the next weeks and months we’ll see budget cuts to public colleges and we need to step in and save them because if we don’t the tuition and loan crisis we saw through the Great Recession will pale in comparison to what might be coming.”

Newman said the idea of dividing up higher education into separate pots is not intrinsically appealing to her.

“The provisions that Congress made to guide this money according to Pell eligibility was a wise one,” she said. “It enables all kinds of institutions that are serving the poorest students to benefit and be able to pass that benefit to the most needy students.”

In addition to Pell eligibility, Newman said perhaps some multiple of the poverty line could also be used as an additional filter to assist in targeting the money to low-income students.

“One thing that I think is really important about this process is to make sure that you capture the impact of COVID-19, which came too late for many people’s existing FAFSAs to capture how distressed their families are,” said Newman.

The application for CARES Act aid allowed UMass Boston to address anew people’s economic situation, such as family income loss. Students have been encouraged to refile their FAFSAs so that the university has current information.

Newman said the public institutions in Massachusetts are being vocal advocates for their institutions and students and have met with the Massachusetts delegation. They are in constant communication with representatives in Washington, D.C. and in the statehouse.

“We will use any platform we can because we are the engine of education and training for the labor force,” said Newman. “This isn’t just a rescue package. This is an investment in the nation’s human capital.”

For-Profit Colleges to Sell Most Campuses

The Joy of College: My Son Loves it — Why Didn’t I Have This Good a Time in College?