House is also a tenured associate professor at Ithaca College. 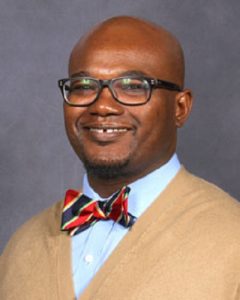 Falwell Jr. on Wednesday posted a tweet decrying Virginia Gov. Ralph Northam’s order that said face coverings are a requirement starting May 29. In his tweet, the Liberty University president posted a photograph of a person in blackface. In a subsequent tweet, he alleged the person in the picture is Northam, who is White, and that the photograph is from a college yearbook.

“I was adamantly opposed to the mandate from @GovernorVA requiring citizens to wear face masks until I decided to design my own,” said Falwell Jr.’s first tweet. “If I am ordered to wear a mask, I will reluctantly comply, but only if this picture of Governor Blackface himself is on it!”

In an interview Wednesday, Falwell Jr. further said he ordered a few of the masks, with the blackface image on them, for himself, reported ABC 13.

House said he submitted his resignation as soon as he saw the “two racist tweets” that were forwarded to him by a friend.

“My moral compass and integrity would not allow me have any further relationship with that institution for any reason!” said House in a post on Facebook. “I was brought into LU [Liberty University] to generate the kind of dialogue that challenges the ideas, narratives and ideologies that underlie the very images Falwell intentionally used to make a political statement to the Governor of Virginia. Falwell did so at the expense of Black people and Black pain. This is abhorrent, evil and sickening! “

In his resignation letter, a screenshot of which he also posted, he described the feelings evoked by the image Falwell Jr. posted.

“As an African American man and Christian pastor, I am horrified and appalled that the president of the largest Christian university in the world would knowing and intentionally use images that evoke a deep history of racial terror of people of color in the U.S., specifically individuals who look like me, for the purposes of making a political statement to the Governor of Virginia,” said House.