The Weaponry of Whiteness, Entitlement, and Privilege - Higher Education 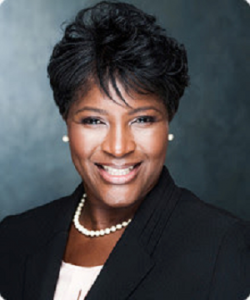 Twentieth century novelist and writer James Baldwin once wrote, “To be Negro in this country and to be relatively conscious is to be in a rage almost all the time.” This anger comes from a place of disdain for the racism, sexism, and many other ‘less-than-isms’ that have existed in this country since 1619. Today, in 2020, African-Americans are sick and tired of not being able to live. African-Americans are weary of not being able to breathe, walk, or run. Black men in this country are brutalized, criminalized, demonized, and disproportionately penalized. Black women in this country are stigmatized, sexualized, and labeled as problematic, loud, angry, and unruly. Black men and women are being hunted down and shot like dogs. Black men and women are being killed with their face to the ground and a knee on their neck.

No matter the pedigree, socioeconomic status, or political prowess, the curse of Blackness is inescapable. You can be a Harvard professor (Henry Louis “Skip” Gates, Jr.) or Harvard-educated (Christian Cooper) and triple degreed. You can even serve as a mayor (Richard Thomas) or state representative (Kam Buckner). You can simply be sleeping, chilling, and minding your business in your own home (Aiyana Jones, Botham Jean, and Breonna Taylor). With one phone call, traffic stop (Sandra Bland), or misidentification (Troy Davis), you can be ambushed and shot dead. God forbid you walk down the street from the corner store (Trayvon Martin), play your music too loudly at a gas station (Jordan Davis), or go for a run in a neighborhood (Ahmaud Aubrey) because one word from a White supremacist could decide if you live or die.

Policies and enforcement of the law become a dog whistle for vigilantes and racist cops to wage war on anti-Blackness. The judicial system is designed to work in favor of Whites. As a White person, one can murder three people, send police on a multi-state chase, get caught and leave the scene in handcuffs, and then be given a drink of water. As a White person, one can shoot up an entire house of worship and be given a burger afterwards by the police. The harsh reality is that Black people are 2.5 times more likely to be killed by police than White people.

Kneeling non-violently to protest police brutality and Black death became a symbol of anti-Whiteness and disregard for a country where equality for all seems nonexistent. This act of protest, which is a Constitutional freedom, was twisted to be a reckless, unpatriotic, and disrespectful deed. Anger is not a privilege African-Americans are allowed to feel. The same people who were in an uproar over Colin Kaepernick’s non-violent protest, refused to adhere to shelter-in-place orders during a national pandemic and protesting with guns, claiming that they were asserting their constitutional rights. 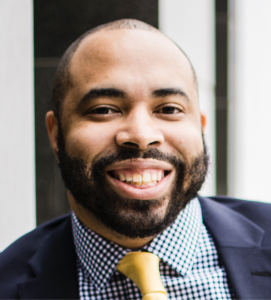 The weaponry of Whiteness is a cloak worn proudly by many Whites and is emboldened by the current occupant of the White House. Guilty until proven innocent is only reserved for White-collar criminals and home-grown terrorists. The ease in witnessing the death of a Black man in police custody is common sport. Actually, it is reminiscent of modern-day lynching, justifiable by a blue uniform and a badge.

African-Americans are tired. We are tired. We are exhausted. Most of all, we are angry. Our anger is fueled by rage and action. If you are White person with a heart and compassion, who believes in the humanity and rights of all human beings, who believes in equity and justice, we need you to talk with other Whites. Talk with your children, talk with your friends, and most of all, talk with your legislators. As African-Americans, it is not our job to explain racism to you. Racism was not our invention, but that of your ancestors. Racism has been perpetuated and repackaged in the form of laws, policies, banking systems, housing, and capitalism. The act of valor you can offer to us is to be vocal and be unrelenting in calling out and confronting White supremacy.

Dr. Tammy E. Smithers is a visiting scholar at the Center for Minority Serving Institutions and the Samuel DeWitt Proctor Institute for Leadership, Equity, & Justice both housed in the School of Education at Rutgers University.

Dr. Doug Franklin is a visiting scholar for the Samuel DeWitt Proctor Institute for Leadership, Equity, and Justice in the Rutgers Graduate School of Education and the Rutgers Center for Minority Serving Institutions.

U of Alaska President Apologizes for Comments on Diversity