Higher education is constantly wringing its hands over how to make college more affordable. A new brief by the think tank New America proposes a tool the authors say more states could be using: four-year degree programs at community colleges.

Today, 23 states authorize community college baccalaureate degrees, starting with Florida in 2001, according to the report. The brief describes, step-by-step, how to begin one of these degree programs, from deciding what subjects to offer to devising funding plans to weathering the approval process. 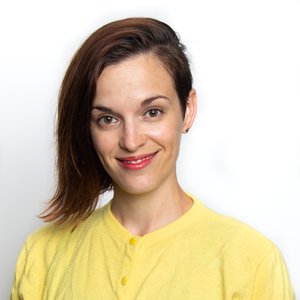 Offering four-year degrees at community colleges isn’t a “silver bullet,” said co-author Ivy Love, policy analyst with New America’s Center on Education & Skills, but for community colleges and state lawmakers, it can be “one strategy among many to make the bachelor’s degree more accessible to students, especially students who may not pursue a bachelor’s degree otherwise without this opportunity.”

Bachelor’s degree programs at community colleges are less expensive and can attract students who might not otherwise consider a four-year degree. For example, the report highlights that Florida’s average community college baccalaureate student is 31 years old, compared to 22 years old for public universities.

Even though community college bachelor’s degree programs often serve different kinds of students, one of the major obstacles to establishing them can be resistance from public universities, the authors explained.

In some states, colleges are in “competition for a shrinking number of students,” said co-author Iris Palmer, New America’s senior advisor for higher education and workforce. So, four-year institutions can see four-year degrees as community colleges encroaching on their domain.

“But our research has shown that the programs are for the most part complementary and they actually don’t end up enrolling the same students as the four-year institutions,” Palmer said. “What they end up doing is expanding opportunity for a more diverse set of students…” Plus, students who graduate from community college baccalaureate programs are poised to enroll in four-year universities within the state for graduate school, so there’s potential for creating pipelines, she added, arguably a “win-win.”

The brief advocates a collaborative approach to creating these programs, across a state’s higher education sector. It also encourages community college leaders to think carefully about the kinds of bachelor’s degree programs they could offer to add to – rather than compete with – programs already available within the state.

While this might sound restrictive, Love pointed out that the targeted nature of these baccalaureate programs could be particularly helpful now that the country is facing an economic downturn amid the COVID-19 pandemic.

Many regions are desperately trying to fill holes in their workforce, and these degrees “are built from local labor market need,” said Love. “[They’re] very rooted to local communities where these institutions exist.”

Palmer also noted that after the Great Recession, people with a bachelor’s degree fared a lot better in the job market than those with a lower level of postsecondary education. In the face of rising unemployment, she thinks this is a pattern likely to repeat itself, so it’s “incumbent” upon the higher education world to make bachelor’s degrees as accessible as possible.

That’s also why she hopes state lawmakers won’t lower funding for community colleges, even as states tighten their budgets in response to the pandemic.

“I certainly feel strongly that this is not the time to be cutting our community college systems, and we should actually be putting more money into them,” she said. “Because the better funded they are, the better they’re going to be able to serve students.”

The brief stresses that community college baccalaureate programs need to be designed with the intention of maximum accessibility.

It suggests that the programs be created with clear transfer pathways in coordination with state policy and employ student success strategies, like guided pathways or basic skills training, to better support underserved students. It also emphasizes that states need to allow students to receive state financial aid, even if they already graduated with an associate degree, for these programs to thrive. And it advocates that programs collect data about student outcomes to stay accountable to both the students and employers they’re trying to serve.

Ultimately, “there are many ways that folks can increase bachelor’s attainment [and] deal with local labor market needs,” said Love. “This is a big one. And we want folks to know about it and what it is, and how to do it well.”