In reaction to last week’s death of George Floyd, a Black Minneapolis man who died in police custody, Big Ten commissioner Kevin Warren on Monday announced the creation of the Big Ten Conference Anti-Hate and Anti-Racism Coalition so college athletes can voice their concerns about racism freely. 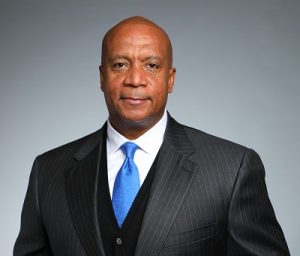 Warren, the first black commissioner of a Power Five conference, explained in an open letter why the creation of such a coalition is important.

“It is critical that our student-athletes possess their rights to free speech, their rights to peaceful protest and we will work to empower them in creating meaningful change,” wrote Warren. “We must listen to our young people. Our children and future generations deserve better. We are either part of the problem or part of the solution. The Big Ten Conference will be part of the solution as we actively and constructively combat racism and hate in our country.”

In his letter, Warren also said that prior to joining the Big Ten as commissioner, he and his family lived in the Minneapolis area for more than 15 years and considered the state of Minnesota a “part of the fabric of our entire family.”

He said he was deeply pained by the death of Floyd and the actions of Minneapolis law enforcement.

“As a Black man, I pray every day for the health and safety of my wife and children, especially during interactions with law enforcement,” wrote Warren. “We continue to see inequality and deep divide regarding how members of the Black community are treated compared to the rest of society and too often, the results have been horrific and senseless. Such racism and inequality are pervasive, not just endemic in law enforcement.”