Six police officers in Atlanta, Georgia, were on Tuesday charged following the violent arrest Saturday of two Black students from the historically Black Spelman and Morehouse colleges amid protests against the death of George Floyd, reported the Daily News. 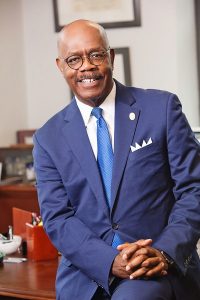 The students, Taniyah Pilgrim, 20, and Messiah Young, 22, were sitting in their car in traffic when police officers smashed their vehicle windows, tased and then pulled them out of their car and cuffed them. Ivory Streeter and Mark Gardner, the two police officers directly involved were fired a day later. Three other officers were placed on desk duty.

“It was a vicious act — the tazing,” Fulton County district attorney Paul Howard said at a news conference. “It went on for some time.”

“I’m so happy that they’re being held accountable,” Pilgrim said at the news conference.

Time for Anti-Racism: A Way Forward for America and Higher Education