Troy University has suspended its chief of police John McCall after he made “inflammatory” comments on social media that George Floyd, who died last week in Minneapolis after police violence contributed to his own death. 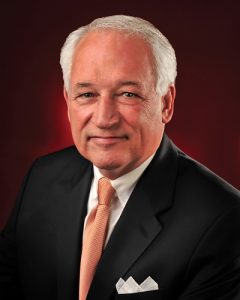 Troy has also begun an internal investigation into the matter, its chancellor Dr. Jack Hawkins, Jr. said in a statement. Many people on Twitter said McCall should be fired.

McCall has since deleted the social media post, which a Troy alumna posted a screenshot of and shared, urging the university to take action.

The post said “more white people are killed by police every year” and that Floyd “ABSOLUTELY!” played a role in his own death

“Where is the media screaming about that? People die in police custody from time to time. Did the officer make a mistake? Yes. Was he intentionally trying to kill George Floyd? I don’t think so,” the post said.

“These statements do not reflect the values of Troy University,” said Hawkins Jr. “We firmly reject any suggestion that George Floyd contributed to his death or that his actions justified the lethal force inflicted on him. We support the calls for reform and an end to police violence that disproportionately targets our black citizens.”

U of Alabama to Take Down Three Confederate Memorial Plaques

On Social Justice, Black Lives Matter and the Power of Prayer