At a time of rampant hiring freezes in higher education, Boston University is onboarding Dr. Ibram X. Kendi, one of the most sought-after scholars on racism in America, to direct its new Center for Antiracist Research.

A professor of history and international relations at American University, Kendi founded its Antiracist Research and Policy Center. He will be starting his new position on July 1, a plan in the works for almost a year, according to Boston University leaders. 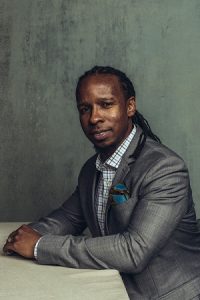 Crystal Williams, Boston University’s associate provost for diversity and inclusion, attended a book event by Kendi in 2019, prompting a series of conversations that led to his hiring.

“He steps into a lauded history of formidable and publicly engaged intellectuals,” Williams said in a statement. “Ibram’s extraordinary vision and scholarship will deepen and further BU’s [Boston University’s] ongoing commitment to anti-racist work. I know I join many of our faculty who are thrilled that the initial conversations have culminated in Ibram’s joining Boston University.”

Kendi is drawn to Boston’s “historic and rich tradition of antiracist organizing and activism,” he told Diverse. He pointed out that Rev. Dr. Martin Luther King Jr. studied at Boston University and Dr. Howard Zinn, a historian, taught there. Poet Phillis Wheatley, abolitionist Maria Steward and Malcolm X all passed through the city, as well.

He admires Boston University’s “seriousness and ambition” to create a “hub for racial and social justice,” he said.

Kendi, 37, is the author of the 2019 New York Times best-seller “How To Be an Antiracist.” He also wrote “The Black Campus Movement” in 2012, which won the W.E.B. Du Bois Book Prize, and “Stamped from the Beginning: The Definitive History of Racist Ideas in America” in 2016, which won him the National Book Award and made him the youngest winner for nonfiction.

The Root named him the most influential African American college professor under age 45 in 2019. He’s also a regular contributor to The Atlantic and CBS News, as well as a former contributor to Diverse.

“Ibram’s appointment and his leadership will create a critical emphasis on research and policy to help eliminate racism in our country,” Boston University president Dr. Robert A. Brown told BU Today.

In a moment of national change and global uncertainty, Kendi has been a leading voice. Amid the pandemic, his COVID Racial Data Tracker initiative is comprehensively monitoring the disproportionate impact of the coronavirus on Black communities, a project he plans to continue at Boston University. Last week, he addressed the U.S. House of Representatives Ways and Means Committee about the issue, calling it a “racial pandemic within the viral pandemic.”

“We want to continue tracking that data so people continue to have a sense of where the most vulnerable communities are and who needs the most help,” he said.

Kendi is transitioning to Boston University, not despite the coronavirus, but partly motivated by it. For him, the pandemic reinforces how vital research on racism is.

“The urgency of the racial pandemic and the viral pandemic and the economic pandemic – that caused me to want to go to an institution that really supported my work and really wanted to build a world-class center for antiracist research, so we can begin to really organize researchers to bear out the problems of our time,” he said.

As protests sweep across the country in response to the death of George Floyd – a Black man from Minneapolis who died in hospital after a police officer pinned him to the ground with a knee on his neck – Kendi has also been a go-to scholar for historical context and an outspoken voice against police brutality in a variety of media outlets. His book, “How To Be an Antiracist,” recently jumped to fourth place on Amazon’s best sellers list and is now out of stock on the website.

Kendi hopes the new center can be transformative with a solutions-oriented team model for racial research. Through the center, he plans to build partnerships between researchers who study inequities – across departments and institutions – and the policymakers who can make reforms based on their data, alongside artists and journalists who can disseminate it.

“Those who are studying the problem should also be a part of the conversation about the solution,” he said.