Ivanka Trump said that “viewpoint discrimination” and “cancel culture” are the reasons she was dropped as the virtual commencement speaker by WSU Tech, a college affiliated with Wichita State University. 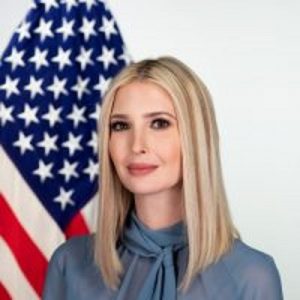 Last Thursday, WSU Tech said in an announcement that the president’s daughter was to be the commencement speaker on June 6. Later in the day, the college announced that the “plans have been refocused more centrally on students” so a nursing graduate would instead take her place.

A local news report said the college changed the plan after outcry from students and faculty who were upset with President Donald Trump’s response to the protests over the death of George Floyd.  A letter written by associate professor Jennifer Ray said the Trump “administration has come to signify the worst of our country, particularly in its recent actions toward those peacefully protesting against racist police brutality.”

A day after she was dropped as commencement speaker,  Ivanka Trump uploaded the speech she had prepared for WSU Tech, along with comments, on Twitter.

“Our nation’s campuses should be bastions of free speech,” she said. “Cancel culture and viewpoint discrimination are antithetical to academia. Listening to one another is important now more than ever!”

“I understand and take responsibility that the timing of the announcement [that Ivanka Trump would be speaker] was insensitive,” said Utash. “For this, I’m sorry that was never the intent, and I want you to know I have heard you and we are responding.”

Presidents’ Day, the News and an Anti-diversity President