Athletic directors, coaches, conference commissioners and student-athletes await a clear vision of what the future holds.

Campuses throughout the U.S. are closed except for essential staff and, in some cases, a limited number of students who are allowed to remain in the dorms due to lack of anywhere else to go. Classes are being taught online and no athletic competition is taking place. Student-athletes are trying to follow workout regimens provided by coaches. Everyone involved in intercollegiate athletics wants to know what’s next, but no one has the answer. 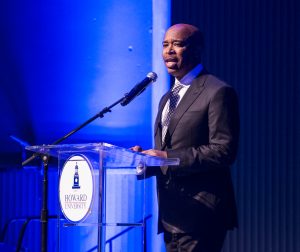 “There has to be an economic plan as to how we sustain ourselves through this period, but we don’t know how long this period is going to be,” says Kery Davis, director of athletics at Howard University, which competes in the Mid-Eastern Athletic Conference (MEAC), made up of all HBCU schools. “We’re trying to cut as much as possible with the idea that we have to keep an eye on how we look when we get to the other side of this. We don’t want to decimate our department … so that we can no longer compete.”

One thing known for sure is that the annual disbursement of funds from the National Collegiate Athletic Association (NCAA) to Division I institutions based on revenue from the Men’s Basketball Tournament has been drastically reduced. In late March, the NCAA announced the distribution to Division I conferences and institutions would total $225 million, which is less than half of what was anticipated prior to the cancellation of the tournament. 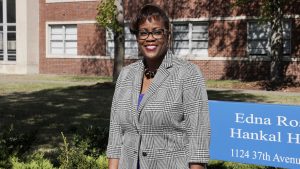 “None of our budgets really have a lot of fat in them,” says Teresa Phillips, director of athletics at Tennessee State University, the lone HBCU in the Ohio Valley Conference (OVC). “When you lose $300,000 or $400,000 from your NCAA distribution — even if it’s just for this year — you have to think, ‘Where are we going to get this $400,000 from?’”

Athletic departments are trying to figure out budgets, but there are many questions, the primary ones related to football. For those HBCUs that compete at the Division I level and play football, a huge source of revenue is guaranteed games against high profile opponents early in the season. Both Davis and Phillips estimate the loss of those games if football season is pushed a month later will be around $700,000.

“We’d be dealing with the cost of football without any of the revenue that we would normally get,” says Davis. “We’d get some revenue from attendance and things like that, but the bulk of our revenue comes from those guaranteed games. That would be the worst-case scenario for a school like ours.”

One of the first cost-cutting measures Phillips instituted is cutting non-essential travel when planning schedules for all sports. This includes team travel for non-conference competition, such as taking the track team to Florida for spring break and participating in a meet or two while there.

“What do we cut and still meet all of the minimums for Division I,” says Phillips. “A couple of conferences have put in a legislation request [to the NCAA] to give us a one-year moratorium on some of these rules to play a lesser schedule and not be punished for it.

“Once we find out that those things are being approved, then we can decide within the conference if we will lower the number of conference games we play,” she continues. Other budget conscious ideas include playing conference championships on member campuses rather than neutral sites. The OVC is currently conducting an in-depth study. 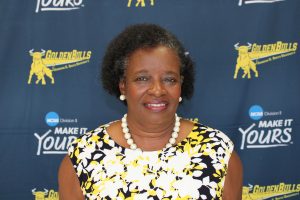 basketball coach at Johnson C. Smith University, a Division II HBCU institution — says the athletic department is carrying on as if everyone is returning to campus in August. As of now, they know they’re facing at least a 10–15% cut in budget. What remains unclear is what that will look like.

“We don’t know if we’re going to do a full schedule or will it be a conference schedule only,” says Robinson. “Are we going to have to do the six-foot [social distancing] in the locker rooms? Will we put people in the stands? The unknown is unknown.”

JCSU coaches for every sports team are responsible for being in regular contact with their student-athletes. This goes on at Howard and Tennessee State as well. There are Zoom meetings, Skype, Facetime and phone calls. Tutors and academic advisors are also working with student-athletes. HBCU Heroes, a non-profit organization that provides support for HBCU student-athletes, donated 25 laptop computers to JCSU’s athletic program for student-athletes who didn’t have home computers.

At present, there has been no word of NCAA cuts to the Accelerating Academic Success Program (AASP) grants. These grants assist eligible schools in creating programming that advances academic success. While there have not been any recent meetings of the HBCU and Limited-Resource Institutions Academic Advisory Group, which has helped develop strategies to assist AASP-eligible institutions, members have been speaking informally. 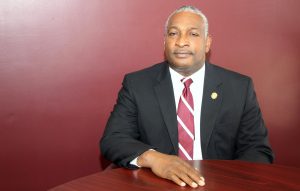 academic advisement,” says Dr. Larry McDaniel of Alabama A&M University, a member of the advisory group and his university’s faculty athletics representative. “If this situation continues as it is, a big question is how much support are we going to get in terms of grants to support those areas going forward.”

Alabama A&M plays in the Southwestern Athletic Conference (SWAC), which consists of all HBCU schools. McDaniel says the SWAC office indicates funds from the conference to its member institutions will decrease, but hopefully academic support won’t be impacted.

Attorney Tim Nevius, a former student-athlete who now represents athletes and works as an advocate on issues pertaining to student-athletes, says it is essential student-athlete support services, such as tutors and learning specialists, not be reduced with budget cuts.

“There has to be flexibility with respect to academic performance and progress during this time,” says Nevius, who has already been retained by several people with respect to scholarship cuts and transfers. “Remote learning could have a significant impact on their ability to perform academically.”

Dr. Mark Emmert, NCAA’s president, and other senior NCAA management will be taking a 20% pay cut and vice presidents will take a 10% pay cut. USA Today reported that in 2017 Emmert received a base salary of around $2.1 million.

The NCAA announced that student-athletes in spring sports, such as softball, baseball, golf and outdoor track and field, are going to have another year of eligibility.

Non-revenue-generating sports are feeling extremely vulnerable and fear being cut. The Division I Council has been having ongoing COVID-19 discussions. The NCAA is considering issuing a blanket waiver that allows D-I institutions time to recover from the economic impact of the pandemic but is holding firm on no blanket waiver allowing removal of the sport sponsorship minimum. Schools can request sport sponsorship requirement waivers on an individual basis.

“I hope that there are not knee-jerk reactions to cut those sports because there’s a lot of value to those non-revenue sports, not only to the students participating in them, but also to the schools themselves,” Nevius says. “Cutting non-revenue sports will have unintended consequences … from the standpoint of being able to fulfill the values that institutions [profess] they stand for while also attracting new students.” 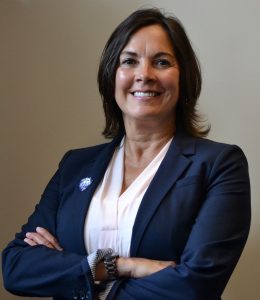 Irma Garcia, director of athletics at St. Francis College, a small private Catholic institution that competes at the Division I level, says as a low resourced institution she and her staff are used to getting by on what they have. The president of St. Francis, Dr. Miguel Martinez-Saenz, has not expressed any interest in dropping sports.

The college competes in the Northeast Conference and most conference travel does not require overnight stays, which keeps costs down. “If I had a choice between dropping a sport or getting less money for that sport, I’ll take less money and I’ll make it work,” says Garcia.

Health issues must also be carefully monitored, especially in contact sports, when sports resume. Student-athletes have been able to access psychological support during this time of sheltering in place. Nevius says that will also be crucial at such time students return to campus.

“There’s likely to be a psychological component as we attempt to return to normalcy in college sports that will require some sensitivity and attention to the mental health of the athletes, which is always an important concern, but perhaps is heightened because of this crisis,” Nevius says.

There is talk of fulfilling television and sponsor commitments to football and basketball, but not having spectators in the stands. Davis says that makes him very uncomfortable. As the father of four, he would have serious qualms about letting his children compete if someone had determined it wasn’t safe to have fans in the stands.

The unknown continues to confound people in athletic departments, which is why Robinson advocates proceeding slowly when reactivating athletic programs. “I feel if we rush it, we’re going to find ourselves right back where we started.

Wins for College Athletes in Court Could Cost Fellow Students