The Department of Education on Thursday formally issued a rule, which was earlier a guidance, blocking emergency COVID-19 education aid to undocumented, Deferred Action for Childhood Arrival (DACA) and other college students who aren’t eligible for federal aid. 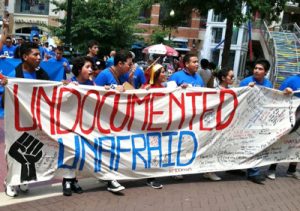 However, the department did add that the rule won’t apply retroactively, that is, it won’t enforce the eligibility restriction to funds distributed prior to this rule being published. The full text of the rule is available here.

In March, the CARES Act allocated $14 billion in emergency pandemic aid for higher education, at least half of which had to be used as emergency aid for students affected by COVID-19.

The final rule comes two days after a federal judge lambasted the department for taking too long to issue rules on who is eligible for emergency aid. “How is that approach and tactic consistent with the word ’emergency’?” asked U.S. District Judge Yvonne Gonzalez Rogers. “It seems to me like you’re putting roadblocks to the distribution of this money.”

Late on Thursday, the department said that the rule was issued “to ensure taxpayer-funded coronavirus relief money is distributed properly and does not go to foreign nationals, non-citizens, and students who may be enrolled in ineligible education programs.” But critics, like the Center for American Progress, said it “shines light on the dysfunction and cruelty” of the Trump administration’s implementation of pandemic aid under the CARES Act.

The issuance of a formal rule won’t change the status of two separate lawsuits filed against the department that challenge limiting this aid to those eligible for federal student aid. California Community Colleges and Washington state both say in their suits that the restrictions are unlawful, unconstitutional and not what Congress intended when it passed the CARES Act.

Vandalism Spurs Investigation at the Department of Education

Seven Things Colleges Can Do to Help Students During this Pandemic