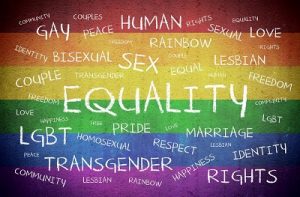 In a landmark decision, the top court said Title VII of the Civil Rights Act, which bars discrimination on the basis of sex, also applies to sexual orientation and gender identity. The 6-3 opinion was written by Justice Neil Gorsuch and joined by Chief Justice John Roberts and four liberal justices.

“An employer who fires an individual for being homosexual or transgender fires that person for traits or actions it would not have questioned in members of a different sex,” said the opinion. “Sex plays a necessary and undisguisable role in the decision, exactly what Title VII forbids. … An employer who fires an individual merely for being gay or transgender defies the law.”

Many political leaders and activists called it a historic day for the LGBTQ community.

“An extraordinary moment in LGBTQ history. Today we celebrate this win, thank those who fought tirelessly for it, and commit to continued progress. There’s more work to be done, but today we celebrate equality,” said Washington D.C. Mayor Muriel Bowser.

Democratic presidential candidate Joe Biden said the Supreme Court ruling is another step toward equality for all.

“Before today, in more than half of states, LGBTQ+ people could get married one day and be fired from their job the next day under state law, simply because of who they are or who they love,” said Biden in a statement. “This landmark 6–3 ruling affirms that LGBTQ+ Americans are entitled to equal rights under the law.”

Still, some leaders said there’s more to be done to achieve full equality for the LGBTQ community.

“Denying healthcare is just as dangerous & wrong as denying a livelihood,” said Chu.