The University of California’s governing board on Monday unanimously approved restoring affirmative action in state colleges and government jobs, reported the Associated Press. 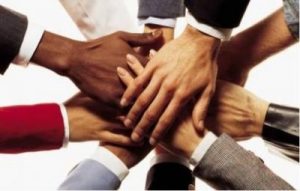 What this means is the university’s Board of Regents endorsed a proposal that would ask voters in November to end a statewide ban on considering an applicant’s sex or race in public higher education and employment. This ban has been blamed for a decline in diversity at what is one of the country’s largest university systems.

The State Assembly last week voted in favor of repealing Proposition 209. If the state Senate passes it too — which it has yet to do — the repeal proposal will go to the ballot on Nov. 3.

At the vote in a special meeting of the Board of Regents, many spoke forcefully about the need to send a strong message about racial injustice and inequality, especially during a time when systemic racism is being called out nationwide following the death of George Floyd in police custody.

“The original sin of this country has to be addressed,” said regent Eloy Ortiz Oakley. “This is our opportunity to right a historical wrong.”

University of California president Janet Napolitano said that since the 1996 ban, “many of us have watched with dismay and largely tied hands as the numbers of students of underrepresented groups at UC declined and plateaued.” The university system, she said, no longer presents an accurate picture of the diversity in the state.