During the Pandemic, 3 in 5 Students Face Food and Housing Insecurity, a New Study Finds - Higher Education

It’s no secret that college students are struggling with food, housing and job insecurity during the COVID-19 pandemic. But a new study from the Hope Center For College, Community, and Justice detailed the magnitude of the problem, surveying 38,602 students at 54 colleges and universities in 26 states.

The study found that about three in five students experienced basic needs insecurity from April 20 to May 15. Two-thirds of respondents employed before the pandemic experienced job insecurity and a third lost a job because of the pandemic. 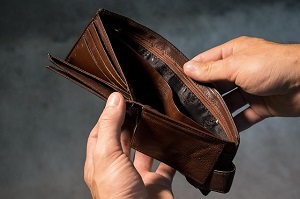 “It’s a lot of homelessness,” said Dr. Sara Goldrick-Rab, the center’s founding director and an author of the report. “That [number] kind of blew my mind.”

And she thinks it’s likely a conservative estimate. While thousands of homeless students sat down to take the survey, there are undoubtedly others who didn’t. Plus, students “in the worst trouble” likely don’t have internet to even access the survey, she noted.

In the fall, she fears either homelessness rates among students will be higher than usual, or students facing homelessness due to the pandemic won’t be reflected in fall data – because they’ve dropped out, she said.

After all, basic needs insecurity takes a toll on mental health and academic success. The survey found that half of respondents experienced at least moderate anxiety during the pandemic, while half of students at two-year colleges and 63% of students at four-year colleges reported that they couldn’t focus on coursework.

Retention rates of students of color, who are disproportionately facing food and housing insecurity, are a particular worry, according to the report.  The study found that the gap between Black and White students for basic needs insecurity is 19 percentage points, and Goldrick-Rab pointed out that the Black-White gap in completion rates is about 18 percentage points. She doesn’t think it’s a coincidence one “mirrors” the other.

According to the survey, compared to half of White students, 71% of Black students and 65% of Latinx students faced basic needs insecurity during the pandemic. Students who identified themselves as Indigenous, American Indian, Middle Eastern, Pacific Islander or Southeast Asian also experienced basic needs insecurity at rates 15 to 22 percentage points higher than White students.

As anti-racist protests continue to surge across the country, Carrie Welton, the center’s director of policy and a co-author of the study, sees these disparities as a particularly urgent call to action.

“We know that post-secondary attainment is one of the most reliable pathways to economic security so until we address these systemic barriers that are overwhelmingly, disproportionately racially driven, we’re going to continue to see massive racial wealth and income gaps because these barriers start at some of the earliest stages of our lives and just all the way through,” Welton said.

The report offers recommendations to both university leaders and policymakers for addressing diverse students’ growing needs during the pandemic. For example, it calls on the Department of Education to more actively connect low income students with federal supports by notifying Pell Grant recipients that they might be eligible for public benefits and explicitly allowing financial aid offices to communicate with campus support services so they can help eligible students apply for programs like SNAP.

The report highlights that students tend to underutilize the services that are available to them. During the pandemic, a third of students didn’t know they could receive emergency aid through their institution and 19% reported not knowing how to apply for emergency aid.

Universities know when students are eligible for financial aid or when they have independent financial status, Welton said, so they should be using “passive and active strategies” to get students the supports they need, making information about public benefits clear and widely available while also specifically targeting the students who need it most in partnership with local human services organizations.

It’s a way to “communicate the institution’s values,” she said.

Goldrick-Rab pointed out that to properly target supports, universities need to collect more data – and more specific data – about students’ basic needs inequality. For example, universities don’t necessarily keep track of “sheltered” homeless students and students couch surfing because they don’t have a place of their own, she said, even though they make up the majority of homeless students. She recommends surveying students about their food and housing security in detail twice per term, given how quickly their circumstances can change and how dire those circumstances can be, especially now.

She hopes the survey will drive the message home: “Anybody making plans to open their college this fall – and any policymaker who thinks that they know something about opening colleges in the fall – has to look at this,” she said. “… They’re not paying attention to the right things. They’re worried about plexiglass. They’re talking about online teaching. Let’s get this straight. You can’t engage students who don’t have a place to sleep.”

University of Richmond Will Use Modular Homes for Students to Quarantine