Colleges and universities across the nation are scrambling to address the Black Lives Matter protests resulting from the murders of Breonna Taylor, George Floyd, and countless other Black Americans killed by law enforcement. Many of these institutional reactions have appeared as statements of support for the Black community, but have failed to come with actions to address systemic racism or police brutality on or near campuses. These failures strengthen the resolve of HBCUs as important sites for Black student support and safety. A comparison of institutional responses between predominantly White institutions (PWIs) and Historically Black Colleges and Universities (HBCUs) and exploring the student experience at an HBCU help to further explain why students may be compelled to choose HBCUs in the current socio-political climate. 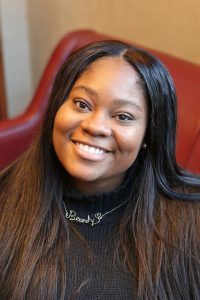 Recently, we have seen an influx of statements in response to the Black Lives Matter protests from institutional leaders. However, without action, these performative  responses are meaningless and only serve the purpose of creating the appearance of being against systemic racism. The recent trending Twitter hashtag, #BlackInTheIvory, has helped to further expose just how ingrained racism is in the academy and how detrimental it has been to the Black experience (at all levels) in predominantly White spaces. PWIs, like Louisiana State University, further demonstrate how meaningless these support statements are with their recent controversy regarding not being able to discipline an incoming student who spouted a racial slur and hate speech in an online video. Another example is the growing dissent at Liberty University caused by ignorant comments made by their President, which is causing Black students, staff, and faculty to depart from the university. Prior to this particular symbolic and performative display of support, there has been example after example that reveal how PWIs can be unsafe spaces for Black bodies and minds. Unfortunately, historical marginalization and racism are intertwined within the fabric of these institutions.

As we continue to see statements from PWIs that have for years continued to perpetuate racism, inequality and have histories littered with actions that marginalize underrepresented populations, specifically Black students, it’s incredibly important to examine how HBCUs respond.

One example of an HBCU solidarity statement that really speaks to students would be a joint statement from the nation’s two oldest HBCUs, Cheyney University and Lincoln University in Pennsylvania. The statement was curated with Black students in mind and urges students to “focus their energy on bringing constructive change to the society in which we live.” The statement signed by both institution’s presidents also speaks to how HBCUs provided pathways to education before Black students were even allowed on college campuses. In addition to tracing the fight for justice back to the purpose behind the establishment of HBCUs, institutional leaders also included quotes from prominent activists, alumni who once walked the halls of the storied institutions. With a final call for unity and a sense of purpose, this response centered Blackness, celebrated Black achievement, and urged Black students to remember their heritage as they fight for justice; a truly empowering statement that not only denotes institutional support and commitment but also reminds students that they belong at Cheyney and Lincoln and can too, be pioneers and have a place in history.

Although HBCUs are often regarded as models for Black student support and achievement, these storied institutions  are not without critique. Although the responses from Cheyney and Lincoln show clear institutional commitment to addressing and eradicating systemic racism and bias, Hampton University’s institutional leadership has recently received criticism related to a statement released by the University’s Athletic Director that stated, “All Lives Matter.” This ill-guided statement has caused students, alumni, parents, and other supporters of the University to petition for the resignation of the Athletic Director, and also to petition for the removal of the University President, Dr. William Harvey, who has held the post for 42 years. 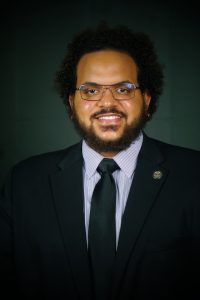 Understanding the difference in institutional response and action to addressing and ultimately, eradicating systemic racism, is incredibly important to better understand why Black students consistently choose HBCUs. Through an ongoing study at the oldest HBCU, Cheyney University, our research team has revealed several factors that make HBCUs an important choice for students in 2020. First, current students at Cheyney University of Pennsylvania have told us stories of finding an extended family on campus. Students were able to build meaningful relationships with students, staff, faculty, and even administrators. Students attending HBCUs enter a space where the Black cultural experience is welcome and understood. Black students have the opportunity to find others who truly value their presence and become part of the extended Black family that many of us have in our own personal lives.

As a second influencing factor in our study, we found that students consistently choose Cheyney and other HBCUs because they believe they would be not only admitted but accepted. In a larger HBCU-focused study associated with this project, participants shared that attending an HBCU was a deliberate choice given the socio-political climate following the election of President Donald Trump. We found that Black students across various institutions seek safety and refuge in institutions that spotlight and reflect their identity. They’ve selected HBCUs because they feel most safe, most valued, and most protected from the burden of social problems that plague Black communities.

Although HBCUs have histories of providing unprecedented support to Black students, these institutions are not without their challenges; there are no perfect institutions across higher education. However, HBCUs are regarded as miles ahead of PWIs in terms of providing Black students with a safe and supportive education. Students will continue to choose these institutions because they offer direct and targeted resources that seek to reduce the challenges Black students face in higher education, their structurally designed to center Blackness, and HBCUs provide students with access to staff, faculty, and administration that understand the Black experience. These historic institutions offer students a safe haven and the resources helpful in fighting the injustices that are apparent in Black communities and they surround Black students with a community of mentors, peers, and professionals that truly understand the trauma that oppression carries. These institutions provide this individualized and tailored support with limited resources and with administrators and faculty who are often also deeply emotionally impacted and connected to the social issues that plague Black communities. So, well-resourced institutions with flourishing endowments and staunch commitments to racial justice, equity, and inclusion, it’s time to do more. What’s your excuse?

This commentary was written as a part of a larger research study on HBCU college choice under the direction of   Dr. Janelle L. Williams of Widener University

Zachary C. Brown is  a doctoral student at Purdue University. You can follow him on Twitter @zacbrowniac

Brandy M. Jones currently serves as acting director for programs and communications at the Samuel DeWitt Proctor Institute for Leadership, Equity, and Justice and at Rutgers Center for Minority Serving Institutions.