Throughout the COVID-19 pandemic, many Black women law deans stayed connected on Zoom and discussed their academic work and the challenges of remote instruction.

However, after the death of George Floyd due to police brutality, they started talking about how to confront racism at colleges and universities. 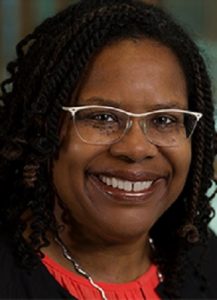 During one such discussion, Danielle Conway, dean and Donald J. Farage Professor of Law at Penn State Dickinson Law, juxtaposed photographs of police brutality victims alongside pictures of Black deans.

“Any one of us on the Black deans’ side could be over there in the murdered pictures,” she said.

“Being a Black woman, knowing the perils of that identity in America really led us to think about how in our positions of leadership as deans, we could bring a voice to the harms that we have routinely experienced from these many stories of police brutality against Black people,” said Conway. “Both physical and psyche harm.”

The listening phase has statements from Black deans, indigenous deans and other deans personally impacted by police violence.

For Holley-Walker, who is also a professor of law at Howard, this is her first statement on the subject. In the past, she has hesitated to write such statements because she felt that they were more talk than action. Additionally, as dean of an institution focused on racial justice, she felt that the school’s work spoke for itself.

“But this time, it felt like it needed to happen,” she said. “I think that’s why I was so excited that [everyone] really put in a significant amount of work to really do this website, because it felt like this time it would be a huge mistake for us to all issue these statements and have it look anything like this is period, end of story.” 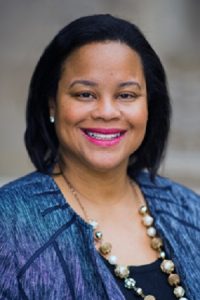 The leading phase introduces the Penn State Dickinson Law faculty resolution condemning brutality and inequity against Black people. Since the unanimous passage of the resolution on June 2, other law schools have implemented similar resolutions on their own campuses.

The audit reporting phase allows institutions to analyze themselves and be held accountable for racism, bias and inequality. This section urges law school programs’ leadership to answer questions on student demographics, campus climate, anti-racist curriculum and racial bias, among other issues.

“That audit phase keeps us honest,” said Holley-Walker. “It doesn’t let us put out statements when people know that your own house is absolutely rotten to the core, down to the foundation. Why should anyone listen to us unless we are taking steps inside and then also outside to make sure that racial justice isn’t just a catchphrase of the next two weeks? This is not a marketing campaign. This is real work that hopefully all of us will engage in in a serious way.”

The iterative phase features solidarity statements from law schools across the country to demonstrate their long-term commitment to ending racism.

“For our black colleagues, I mean that in the most comprehensive sense, this does not ever end,” said Conway.

The website also challenges law schools to create a racial justice scholarship. For example, Washburn is starting the process of fundraising to create a scholarship and name it after Dominique White, a Black man who was killed by Topeka police in 2017. 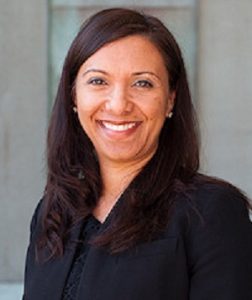 An Institute for Inclusion in the Legal Profession report found that, in 2015, African American representation among lawyers was 4.6%, compared to 5.1% for Hispanics and 4.8% for Asian Americans.

Scholarships are more often given to students who have higher Law School Admission Test (LSAT) scores rather than those with financial need, Pratt said.

The webpage has elicited many positive responses.  Conway said it’s given pause to many White colleagues.

“Many said this is so much more than what we thought it was going to be,” she added. “Many thought it was just going to be a website with a list of linked statements. And it was something very different than that and I think they weren’t expecting it, but that they were blown away by its comprehensiveness and also its accessibility.”

“It’s putting some pressure on deans who have been completely unresponsive,” said Holley-Walker. “Their students are watching and their students know that, in the general law school community, there is an appetite for this. And so they can expect that their faculty and their deans should step up.”

Pratt, who is also a professor of law at Washburn, said education is a powerful tool to change society and uplift those that inequality has pushed behind.

Her father, a grandson of a slave, could not read or write. He started working on White-owned farms once he was old enough to hold a saw to cut wood and plant crops.

“It was just an evolution of slavery that, at 10 years old, he’s walking miles to another farm or riding in my grandfather’s wagon to another farm to be dropped off to work 10 hours for a White man all day so that my grandfather could get some money to buy some food to pay for the family,” said Pratt.

She learned early that education is a tool of racial upliftment.

“My dad knew that our circumstance, our poverty came from his lack of education,” said Pratt.

Coming to Grips With Negrophobia

We Want to be Included, Say Women Tribal Leaders