The University of Mississippi will move a Confederate statue from its prominent place on campus to a secluded area in a Civil War cemetery also on campus. 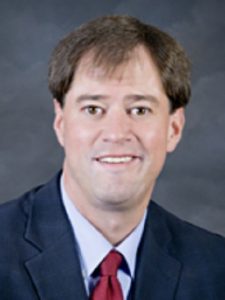 The decision to move the statue was made after the state college board on Thursday approved a university proposal to relocate the statue. The university hasn’t announced a date for the move yet. In January, the board had delayed a vote on the proposal. Students have been campaigning for more than a year to move the statue.

The statue in question is one of a saluting Confederate and was put on campus in 1906, reported the Associated Press. It is one of many Confederate monuments erected in the South more than a century ago. In 1962, the site of the statue became a main gathering point for those opposed to a court-ordered integration of the university.

“The Board reviewed the detailed plans for the new site, considered events on college campuses across the South involving Confederate monuments, and listened to the University’s various constituency groups,” said Dr. Ford Dye, state college board president, in a statement. “The Board subsequently determined relocating the Confederate statue to be most appropriate for Ole Miss moving forward.”

Did the U of Mississippi Misrepresent the Move of a Confederate Statue?