Alfred Williams, a former University of Colorado football player has renewed his allegation that Oklahoma State University’s football coach Mike Gundy called him the N-word — twice — during a game in 1989, reported The Oklahoman. 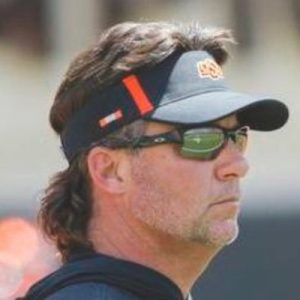 At the time, Gundy was Oklahoma State’s star quarterback and Williams was a linebacker for the University of Colorado.

“I remember that it was the first time that the University of Colorado beat Oklahoma State while I was there,” Williams told The Oklahoman on Wednesday. “It was a big win. It really was a big win. And I remember Mike Gundy called me the N-word. That’s what I remember.”

Williams said Gundy used the word on him while he was walking off the field before halftime and again during the second half. Williams further said he doesn’t want Gundy fired, but he does want him to apologize.

This is the second time in a week Gundy has been called out for racism.

On Monday, Oklahoma State player Chuba Hubbard lambasted Gundy after a photo surfaced that showed the coach wearing a T-shirt with the logo of One America News Network, a far-right television network.

“I will not stand for this,” Hubbard tweeted with the photo. “This is completely insensitive to everything going on in society, and it’s unacceptable. I will not be doing anything with Oklahoma State until things CHANGE.”

A day later, Gundy apologized for the “pain and discomfort” he caused his players. He said he met with team members and realized the sensitivity of the issue.

“They helped me see through their eyes how the T-shirt affected their hearts,” he said in a video message. “Once I learned how that [One America News] network felt about Black Lives Matter, I was disgusted and knew it was completely unacceptable to me.”

Oklahoma State to Push Back Faculty, Staff Pay Raise Due to Budget Decrease