Ivy League Will Give Student-Athletes Election Day Off - Higher Education

Ivy League Will Give Student-Athletes Election Day Off

The Ivy League announced it will give student-athletes a day off on Nov. 3, Election Day, as part of a plan for “deliberate action to condemn all forms of systemic racism and social inequality. ”

It also announced that the Ivy League office will be closed Friday, June 19, 2020, in recognition of Juneteenth,  a day that commemorates the abolishment of slavery.

The league hopes canceling athletic activities on Election Day will promote bipartisan voter participation and that its closed offices on Juneteenth will signal support for the Black Lives Matter movement by encouraging its members to reflect on African American history.

“It is long overdue to speak up in support of the Black community, accept responsibility and take 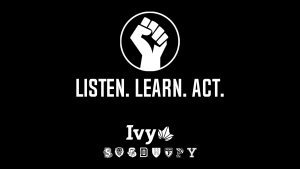 deliberate action to condemn all forms of systemic racism and social inequality,” wrote Robin Harris, executive director of the Ivy League, in a statement. “While the Ivy League stands on a storied history, we acknowledge there were unfortunate chapters that did not advance society towards racial equality.”

“Moving forward,” he added, “it is our pledge to examine and identify structural changes needed to promote a diverse and inclusive culture in all aspects of our operations.”

The NCAA has not made it a formal rule, but did  acknowledge Reveno’s call to action by encouraging member schools to schedule Election Day “as a day off from athletics activity so athletes can vote and participate in their ultimate responsibility as citizens.”

Academics and Athletics: Playing for the Same Team