Protest, Vote and Join that Committee

As our nation comes off weeks of massive protests, many of us are looking for those actionable next steps towards racial equality. For everyone hoping to carry momentum forward to effect change: join a committee. It seems counterintuitive, even eye-roll inducing, to suggest using this surge of energy and the necessary calls for change to drill down into the tedium of committees. But a committee can be a thing of beauty, a revolutionary medium in bureaucratic drag that can take on big problems and provide big solutions that have staying power. It is where much of the work of institutional and societal change takes place, and the investment of our time and energy in committees is more likely to result in meaningful movement toward a better institution, a better community, a better country.

I will admit even the definition of a committee sounds unappealing: a body of persons delegated or assigned from a larger group to consider, investigate, act on, or report on some matter. Committees have a bad rap—boring, a waste of time, useful for only minuscule incremental steps. But that has not always been the outcome for the 30+ committees I have served on. Here is the secret: committees are the way that a great deal of complicated planning and decision making gets done with an eye to long-term transformation. 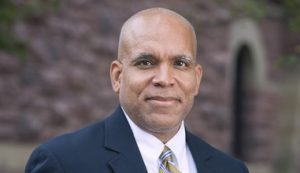 So why do some committees work? They provide a structure for addressing a well-defined issue or problem and usually providing recommendations for next steps. They also provide a forum, ideally at least partly private, for consideration of issues and discussion of ideas, usually by people who bring some relevant skill or experience or perspective to the table. The best committees bring together different types of members with diverse viewpoints and experiences and encourage relationships that then lead to new thinking and approaches long after the committee has completed its work.

Committees intended to address a particular challenge or problem usually issue a report or synthesis of its deliberations; good reports summarize what is known about the problem and how to address it. Almost as important, these reports often highlight what is not known about addressing the challenge. A good summary and a well-thought-out set of recommendations can be incredibly influential, particularly for organizations and individuals who want to do something but can’t devote the time or resources it takes to review and assess options.

One of the most striking examples of committees and their reports and recommendations having a meaningful influence in the world of medicine and science is the Belmont Report, written by the National Commission for the Protection of Human Subjects of Biomedical and Behavioral Research. The commission was created by federal law in 1974 as a part of the response to the scandal of the Tuskegee Syphilis Study. The report fundamentally changed how the biomedical research enterprise in this country protects people who participate in studies by laying out guiding principles that were later translated into federal regulations.

Another important commission particularly relevant today: the Kerner Commission, formed to address the causes of the civil unrest in 1967 and generate recommendations. While one may argue that the report clearly did not solve the problems it addressed or we would not be in the midst of the civil unrest now, the report did lead to changes in the decade following its issuance. It still serves as a window into how we defined the problem of racial and economic inequality in 1967 and what was recommended then, which can inform what might be done now—including mistakes we might avoid.

In some of the many recent statements from myriad higher education leaders, they announce the formation of a committee to come up with a plan to address racial equality in their institutions and in this country. If this surge of committees (and task forces and working groups and commissions) is like others prompted by big societal events, many of these committees will not have their intended impact; but the chances of having an impact are greater if smart, motivated people join.

Some of you, especially those of you of color in senior positions with committee experience, may notice an uptick in invitations to join various “blue ribbon” committees, not all directly related to addressing racial inequality. The decision to accept or decline can be tough—people at the top of their games tend not to think of themselves as guilt-motivated add-ons. But you have expertise in your field, and this is the time for you to share that expertise. This is the time for you to create opportunities for yourself and for others and make the most of the movement for future generations. And that means saying yes to some of those invitations and then using your seat to bring in others, advance ideas, and push committees forward from within.

When you are offered an opportunity to join that committee created in response to our current civil unrest, take it. If you are not invited and you think you might play a role, find out who is organizing the committee and write to them explaining why you are interested and what you might bring to the committee’s work. You have nothing to lose. And spread the word: committees are where the action—and change—happen.

Dr. Raynard S. Kington is the president of Grinnell College.

After Troubles in Columbia, Fewer Freshman Apply to Missouri