Morehouse College President to Young Anti-Racism Protestors: Never Give Up

David A. Thomas, the president of the historically Black Morehouse College has a message for young anti-racism protestors: “Never give up” and “Use the vote to speak volumes.” 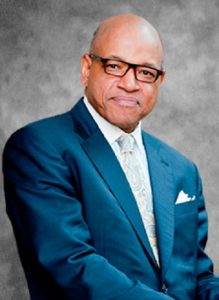 In an opinion piece for The Washington Post, Thomas lauded the “diverse voices” of the anti-racism movement and protesters’ “tenacity” in making police forces accountable. Still, he said, many legal battles have yet to be resolved and the young people campaigning for change shouldn’t be discouraged.

“The energy and determination of young people will be critical to this movement, much as it was when the footsteps, arrests and bloodshed of Dr. King and the Student Nonviolent Coordinating Committee members led to the Civil Rights Act of 1964, ending segregation in public places and banning discrimination in employment,” wrote Thomas.

Thomas said he worries about young people’s safety when peacefully protesting, and yet, he exhorted them to keep up the pressure.

“Never give up, even though your footsteps may wear out your sneakers and pepper-sprayed tears sting your cheeks,” wrote Thomas. “Demonstrate excellence in your profession or vocation; greatness brings authority to speak and effect change. Use your success to advance the causes of equity and equality.”