Do You Hear Me? Language of the Unheard - Higher Education

Do You Hear Me? Language of the Unheard

Amid nationwide protests spurred by the recent killings in Minneapolis, Brunswick and Atlanta, Georgia and in Louisville, Dr. Martin Luther King Jr.’s words resonate with me; a riot is the language of the unheard. Some may criticize the riots that took place, but America needs to understand that African-Americans and other disenfranchised people in this country are tired of fighting the same battle for centuries. These incidents highlight how equality and justice are not fairly applied in our country. The sad part about these incidents is that they are nothing new; they were merely recorded for every person around the world to see.

We are all incensed by the disturbing images of African-Americans whose lives have been and are constantly being taken violently across the nation. As we exhibit varied levels and types of emotions and try to make sense of these tragic deaths and incidents, we also seek reassurance that justice will be served swiftly and appropriately and those who are responsible will be held accountable. What I contend is that the cry of ‘Black Lives Matter’ is a reaction to the reluctance of the majority power structure to make the kind of changes necessary to make justice a reality for ALL. 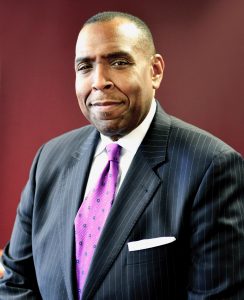 You tell me, in the face of sustained systemic oppressions, which responses are appropriate? Which are ethical? And which, ultimately, are life-giving? Black people and people of color in this country have tried in every way; non-violent postures, peaceful protests, sit-ins, marches and are still fighting to be heard and still fighting for justice in the face of blatant injustice. As a community, we must together call for the restructuring of our judicial system to create one that applies justice equally, regardless of race, ethnicity, sexuality or socio-economic status. The events surrounding us today represent another pivotal moment in history when silence and status-quo are no longer acceptable. There is a need to appeal to our local, state and federal leaders to address the ongoing pattern of racial injustice and disparities that exist within our society. We must talk with them in order to be included in the conversation. We must create, facilitate and embrace public policies that can truly achieve this country’s ideals.

The media, social media platforms and even some people of color are framing protestors and rioters as the problem. However, I submit to you, the real problem is America’s original sin, racism. During America’s more than 200-year history, we have known, accepted, and rejected many “isms.” We have known colonialism, Puritanism, and Victorianism. Many have accepted Americanism and capitalism. We have rejected socialism, fascism, and communism but America, as a collective, willfully refuses to deal with, face, publicly address, and reject racism.

Anger is often a moral response to injustice; however, we must know how to express our anger without hurting or inflicting pain. We need more people to become righteously uncomfortable with the ingrained institutionalized sickness of racism in America. We need more people to stop blaming and condemning protestors and rioters choosing to stand because they have reached their tolerance level of forced acceptance and are exploding. Instead of being absorbed into what led to the protest and riots, we need more people to come to the front lines and be seen and be heard in order to work together to eradicate this immoral evil from the very life blood of our American communities.

Blacks and other people of color in this country are angry, tired, and beyond upset. Those who harbor racist ideologies will never know true freedom. Those who are complicit with racist practices are not leading and living authentic lives. And those who chose to be blind and/or indifferent to the injustices which permeates America’s social mores and her social institutions are denying themselves the fullness of life.

With protests and outrage sweeping through our nation, we must channel our frustrations into actionable policies and reform. Riots are never a coherent or moral response to injustice. We each have a role to play in the fight against systemic racism, but it is important that we remain unified in our resolve. Ladies and gentlemen, now is not the time for vitriolic and vile language; xenophobic ideologies; dismissive, sophomoric rhetoric; self-aggrandizement and self-promotion; and for buffoonery and ignorance to facts – real facts. Now is not the time for dishonest pretentiousness and divisiveness based on a person’s race, creed, ethnicity, gender, religion, beliefs – the very hallmarks of OUR constitution. Thus, this is the time for respectful discourse; congeniality to our fellow man or woman; and understanding. It is time for educating ourselves regarding our beliefs and the beliefs that others may have and not be led astray by people or events that impair our ability to think independently. You might find that there are more similarities than differences, it is time for all of us to uphold what this great country stands for – truth, honesty, integrity and above all else, freedom for ALL.

In conclusion, as an educator, I always look for a “teachable moment.” This point in time in our country is a teachable moment. Either we galvanize as a people and surpass expectations and perceived ideologies or perish as ill-informed sycophants, unable to think independently and make rational decisions about the course of our lives. As I borrow the immortal words of the late U.S. Representative Elijah Cummings from Baltimore – We are better than this!

ACLU Calls for Removal of Charges Against UConn Students