Binghamton University president Dr. Harvey G. Stenger recently announced new initiatives to confront racial inequities in the wake of national anti-racist protests. But the reforms, which come after years of tension between university leadership and student activists, have sparked varied reactions from the campus community.

Stenger promised that the State of New York (SUNY) campus would set aside $1.5 million in endowment funds to establish the George Floyd Scholarship for Social Change, which will go toward supports for minority students. Starting in the next academic year, selected students will receive at least $5,000 annually for up to three years. Plus, the university will increase its annual investment in the Clifford D. Clark Diversity Fellowships program for graduate students by $200,000. 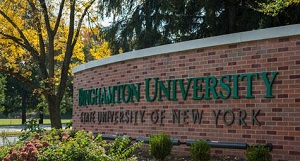 To reform campus policing, the university will form a Campus Citizens Review Board for students, faculty and staff to give feedback on the Binghamton University police department’s budget, policies and procedures. And effective immediately, campus police will be subject to policy and procedure recommendations put forth by the National Association for the Advancement of Colored People (NAACP).

Stenger also threw his support behind New York Gov. Andrew Cuomo’s Say their Name Reform Agenda, now signed into law, which includes banning chokeholds, releasing prior police disciplinary records and allowing the attorney general to serve as an independent prosecutor in all civilian deaths by police. Campus police will be subject to these policies as well.

The deaths of George Floyd, Ahmaud Arbery and Breonna Taylor “are only the most recent in a long history of violence against Black Americans and have caused our cultural community a great deal of pain,” Stenger wrote in a June 10 statement. “As a premier educational institution, our goal must be to make our campus a place where everyone feels that they belong and supported in their efforts to excel.” 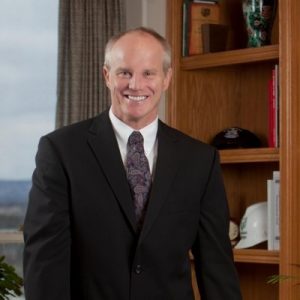 The announcement was met with some skepticism in the form of open letters from faculty and students, calling for a reckoning with the past and more active plans for the future.

One open letter – signed by more than 150 faculty, students, student groups and alumni – called for diversity training for all staff, more faculty of color and a mandatory curriculum on the history of Black and Latinx communities.

It depicted a frosty relationship between the administration and Black students and faculty, referencing a particular incident in 2015 where the president dropped his microphone and walked out of a town hall with an anti-discrimination group called Students for Change after two hours of questions, as described by Pipe Dream, the school’s student paper.

The letter also described tensions in 2017 when students from the Frances Beale Society occupied an administrative building to protest blue-light boxes and a new camera system on campus with concerns about policing.

According to Dr. Michael O. West, a Black sociology and Africana studies professor, “ultimately, he [Stenger] refused to engage with them,” moved all staff out of the building and had campus police on patrol.

For West, this moment was a “breaking point.” He’s leaving Binghamton for the University of Pennsylvania this fall, now that his term as chair of the sociology department is over, he said, and the “fundamental reason” for leaving is “the hostility, distaste and contempt I’ve seen heaped on Black students, on Black people generally, at Binghamton University when anyone challenges the administration on racist policies.”

When reforms were announced in response to the killing of Floyd, West was “unimpressed.”

“[Stenger] has no choice at this point because of the national situation,” he said, calling campus leadership “rather late to the party.”

In response to these critiques, Stenger defended his legacy on diversity and inclusion work in a June 22 statement, highlighting the recent hire of Dr. Karen A. Jones as the inaugural vice president for the Division of Diversity, Equity and Inclusion, as well as a series of diversity-centered events and initiatives since he started as president in 2012.

“I’ve strongly condemned racist incidents on campus, and have called for civility and respect in all campus discourse,” he wrote. “Still, I recognize that there have been times when neither I, nor my administration have lived up to this promise, and that we, are still learning.”

Sociology professor Dr. William G. Martin, who also signed the open letter, said to “lose a single professor like Michael West” is a sign that the learning process has a ways to go, with underrepresented faculty hovering around 4% or 5% since 2012.

Martin has particular concerns about campus policing and undertook his own research on the school’s police department. In a June 15 blog post, he wrote that campus police had grown by about 50% over a decade to 39 officers,  which is more than at the individual departments in several surrounding towns.

He fears the new review board will be “toothless,” and based on anecdotes from Black students, he would like to see the university collect data on the racial and gender breakdown of students stopped by campus police or referred to disciplinary committees.

Martin recognizes that an increase in campus police is a national trend in higher education, not just at Binghamton, he said, as campuses expand into sometimes poorer surrounding neighborhoods. “Incident after incident, small protest after small protest,” student activists have brought their concerns about racial profiling among campus police to administrators, but administrators are less and less willing to engage with them.

“We know from all the data that the more police you add to a high school, a middle school or a campus, the more racial profiling … Black students are going to get,” he said, calling the national data on the issue “absolutely consistent.”

But he’s hopeful this will be a “moment of significant change” for the university and higher education on the whole, especially as student organizations increasingly build “a bridge between the campus and community.”

That kind of coalition “holds the promise of forging a formative response” to inequities, he said, for Binghamton and beyond.