After Rejecting Its Removal in 2018, Hofstra U Now Decides to Move Jefferson Statue - Higher Education

After Rejecting Its Removal in 2018, Hofstra U Now Decides to Move Jefferson Statue

Two years after rejecting a petition to remove a statue of Thomas Jefferson from campus, Hofstra University has now decided to move the monument from its position at the entrance to the Student Center. 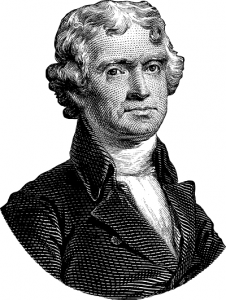 Jefferson, the country’s third president, was a slave owner. In 1998, DNA evidence indicated he fathered several children with Sally Hemmings, a slave he owned.

University officials told Newsday the decision to relocate the statue was made in response to the ongoing nationwide protests against racism. The university said a committee, which last year began to review the position of the statue on campus, met earlier this month to again consider the matter.

The statue is being moved to the west side of a museum on campus, where it will continue to be accessible to the public, the university said.

“It has become clear to all of us that the pain of our Black students and citizens in regards to the symbols and representation of our national history is substantial,” said Hofstra president Stuart Rabinowitz in a statement. “Thomas Jefferson has long stood at the entrance to the Student Center, the primary campus thoroughfare for students, but over the past few years, the placement of the Jefferson statue, and the history it represents, has been a reminder and consistent source of pain for many of our Black students and allies. Understanding that, we asked the Committee to reopen the discussion about the statue placement.”

As American as Apple Pie