Professor Who Made ‘Vile’ Comments About Minorities to Retire - Higher Education

Professor Who Made ‘Vile’ Comments About Minorities to Retire

A University of North Carolina Wilmington professor who recently made what the college called “vile and inexcusable” comments about minorities and women will retire effective Aug. 1. 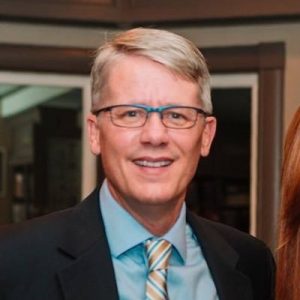 The university issued a statement saying criminology professor Mike Adams decided to retire “after a discussion” with the institution’s chancellor and added that it was providing no further comment on the matter.

“Over the past several weeks, many of you have inquired about the status of a UNCW faculty member, Dr. Mike Adams, in light of the public attention generated by comments he made on his personal social media channels,” said the statement by chancellor Jose V. Sartarelli. “We can now share the update that after a discussion with Chancellor Sartarelli, Dr. Adams has decided to retire from UNCW, effective August 1, 2020. We will have no further comment on this matter at this time, but we plan to share an update later this week regarding how we hope to move forward as a university community.”

Two petitions calling for the dismissal of Adams have gained nearly 89,000 signatures as of Tuesday since they were started about a month ago following the death of George Floyd in police brutality.

On May 29, Adams tweeted this about North Carolina Gov. Roy Cooper’s COVID-19-related closures: “This evening I ate pizza and drank beer with six guys at a six seat table top. I almost felt like a free man who was not living in the slave state of North Carolina. Massa Cooper, let my people go!”

Adams told WCET he wasn’t referring to race when he used the words “Massa Cooper.” Rather, he said, he was talking about Cooper’s “oppression.”

In another tweet, Adams said, “Don’t shut down the universities. Shut down the non essential majors. Like Women’s Studies.”

In 2016, a petition said that Adams should be fired for his “history of spewing misogynistic, xenophobic, transphobic, homophobic, racist rhetoric,” after he ridiculed a Muslim’s student’s religion and sexual orientation.