How Should Minority Mental Health Resources Factor Into a School’s Reopening Plans?

As colleges and universities prepare for the fall semester, they have decisions to make about how to keep students safe during the COVID-19 pandemic. But alongside questions about socially distanced classes and dorms, university leaders are asking themselves about other kinds of safety, particularly how to approach mental health resources for students of color, amid a national conversation about anti-Black police brutality and a pandemic disproportionately hitting minority communities.

To delve into the issue, higher education leaders and experts gathered last week for an online meeting co-hosted by the American Council on Education and the Steve Fund, a non-profit focused on the mental health needs of students of color. 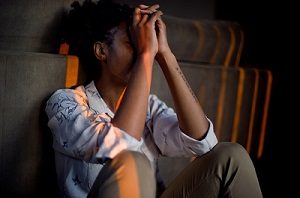 The convening was an opportunity to “think out loud with colleagues across the country, to see what common issues we are dealing with as well as … strategies to move forward,” said Dr. Tamara Stevenson, vice president for diversity, equity and inclusion and chief diversity officer at Westminster College.

As one of the event’s participants, she appreciated the focus on “creative approaches” to raising awareness for minority students’ mental health and incorporating mental wellness into all the “foundational aspects of college life,” including the classroom.

This summer, students of color have been actively participating in protests following the death of George Floyd by police brutality, and universities must be prepared to talk about it when they return, Stevenson noted. At the meeting, she said university leaders discussed how to facilitate productive conversations on campus about what students witnessed during the protests.

For panelist Dr. David Rivera – a national advisor for the Steve Fund and an associate professor of counselor education at Queens College – a key takeaway from the conversation was that universities need to understand that students of color are coming back to campus with exacerbated racial trauma.

One of the most helpful strands of the discussion, he said, was the focus on “re-traumatization,” or the idea that “the emphasis on anti-Black racism and the increase in rhetoric around racism and racist killings, state-sanctioned killings … can trigger these trauma responses,” not unlike post-traumatic stress disorder, or PTSD.

He’s seen PTSD-like symptoms in his own work with students of color and he hopes that campus communities – from counselors to peers to professors – will be made aware of how racial trauma could be affecting students of color academically, mentally and emotionally. These experiences can make them disengaged in their schoolwork, more likely to feel distrustful and less likely to seek help, he said, which is critical for professors like him to know.

At the same time, for young people, research shows social activism can also be an “active form of coping” with racial trauma, he added.

“Students have always kind of kept us on our toes, if you will, but I think that’s going to be intensified,” he said. “There’s going to be an intense call to action, and they’re going to want to see [leaders] not just writing statements but writing action plans for how they plan to address the anti-Black racism that is insidiously interwoven into the fabric of higher education.”

Toward that end, Stevenson wants to see universities providing “culturally responsive” mental health care with more counselors of color, and she hopes institutions will be as transparent as possible about the reopening process to not add extra stressors for students of color already struggling.

During the meeting, she emphasized that while protests and COVID-19 bring these students’ mental health needs to the fore, plans to address them have to be “responsive versus reactive” with a long-term scope. As a Black first-generation student who went to a predominantly White institution, she knows firsthand that these issues transcend the current moment.

“This global pandemic has exposed and illuminated already existing inequalities and deficiencies in the policies and practices devoted to support students of color across the board, not only the mental and emotional needs of students of color, but how institutions address financial aid, classroom climate, campus racial climate and so on,” she said. Meanwhile, “this anti-Black racism – and the social and civil unrest in response to that anti-Black racism – isn’t new …. For students of color, there’s going to be a need to provide equitable solutions, not just equal solutions.”