While Princeton University’s decision to remove Woodrow Wilson’s name from its school of public policy roughly a week ago came as good news to many, the school’s graduate students continue to stress that “changing the name, though long overdue, cannot and will not be enough” to address systematic racism. 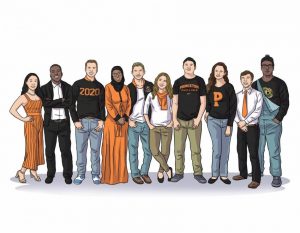 In a letter written before the name change and signed by more than 500 students and alumni from the School of Public and International Affairs, the graduate students outlined seven demands to the administration.

Those demands call on Princeton to:

“We want to attend an institution whose funding scheme accounts for past and ongoing injustices, and reside in a place where social challenges are elevated and addressed through community resources, not stifled and subdued by officers,” states the letter. “We want to believe that engaging in anti-racism, dismantling structural racism, and achieving racial equity are things a policy school can and must teach us.”