A new report shows that more than 40% of colleges and universities are expecting to see significant decreases in fundraising in the months and years ahead due to the COVID-19 pandemic. 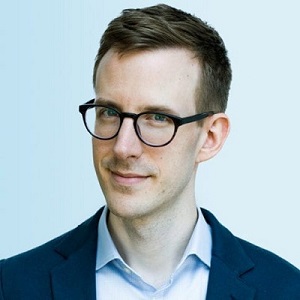 The report, “What 110 advancement leaders think lies ahead for university fundraising during COVID-19,” authored by Jeff Martin, senior director with EAB’s Advancement Forum, surveyed chief advancement officers and associate and assistant vice presidents about their philanthropic projections for fiscal year 2020 (ending on June 30 for most institutions) and fiscal year 2021. The surveyed university fundraising professionals came from a range of institution types — small, large, public, private, undergraduate and graduate — although there is no data specific to minority-serving institutions

Since the beginning of the pandemic, Martin has been fielding questions from colleges and universities about how to engage alumni in a remote environment and what to do with frontline fundraisers whose jobs entail being out on the road and meeting with donors.

“The colleges and universities that my colleagues and I serve needed to figure out where they might be headed,” said Martin. “They’re coming off of about 10 years of pretty consistent fundraising growth.”

EAB, previously known as the Education Advisory Board, is an education research, technology and managed services company that works with more than 1,700 schools, colleges and universities. The survey revealed that the general consensus is that higher education fundraising will experience a dramatic drop and universities are looking for ways to shift strategies and resources.

“The bread and butter of a lot of advancement divisions’ strategy, namely in-person visits and in-person events, have been rendered impossible” due to the pandemic, said Martin.

For instance, traveling to meet with potential donors is part of the job of Dr. Shawnta Friday-Stroud, vice president of university advancement and executive director of the FAMU Foundation at Florida A&M University, a historically Black institution. Close to a dozen planned trips for Friday-Stroud and her team were canceled due to COVID-19. 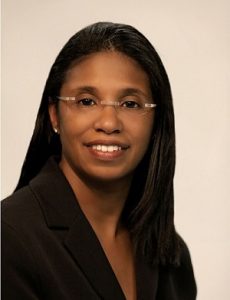 “Chief advancement officers and advancement leaders across the world have worked hard to get their frontline officers back up to speed meeting with donors virtually, reaching out to more donors than they ever have before because now they don’t have to get in a car or on a train or a plane to go see them,” said Martin.

“The fixed time costs of travel have disappeared, so they can cultivate so many more donors,” he added. “At the same time, they’re engaging their alumni relations teams, much of whose work historically has focused on in-person events, on piloting new digital-first programs to engage alumni.”

While the inability to travel to cultivate high net worth donors has had an impact, Friday-Stroud said those donors aren’t the largest source of giving for FAMU.

To achieve that, FAMU pivoted from the general strategy of fundraising for scholarships to raising money for FAMU Cares, the fund the university activates when there are natural disasters, which in Florida have historically been hurricanes. With the funds, the institution was able to provide emergency funds for students, including for the purchase of laptop computers, and in some cases, for students to travel home when the dorms were emptied.

While stock market volatility does impact the big money donors, Friday-Stroud said FAMU’s fundraising pyramid is inverted with the largest amount of donations coming from a lot of people giving smaller gifts.

“In our cash giving, we are up about $1.2 million over where we were this time last year,” said Friday-Stroud. “Where we have not been able to make ground on is in the planned gifts and the pledges.”

Martin said many institutions are pursuing innovative digital programming for alumni. Some schools are saying this has improved alumni engagement.

“We’re encouraging our partners to have their frontline teams continue reaching out to and cultivating their best donors while at the same time increasing the volume of … reaching out to as many new and unknown prospects as possible,” Martin said.

Friday-Stroud said she’s using Zoom more frequently but is careful in approaching potential donors. Her staff checks in with people on a more casual basis and some of that has led to donations. FAMU is not large enough to have a development officer for each college in the university.

“So, we have been meeting as a team with the colleges and schools to try and create a team approach … to get them to reconnect with their alumni,” Friday-Stroud said. “We’re trying to help them grow that piece. … Right now, it’s training, planning, stewarding our current donors and trying to make our new donors into repeat donors.”

Plug in the Pipeline

Panel Finds Grounds for Impeachment Against U. of Texas System Regent