In 2001, Judith Ramaley, a director at the National Science Foundation, coined the acronym STEM for education disciplines in science, technology, engineering and mathematics. Since then, NSF and other public and private entities have provided numerous grants and incentives to support initiatives for STEM diversity in education.

However, almost two decades later, diversity among STEM faculty remains inadequate. Only 10.1% of STEM faculty is from underrepresented minorities, according to an NSF-funded report from the Association of Public and Land-grant Universities. 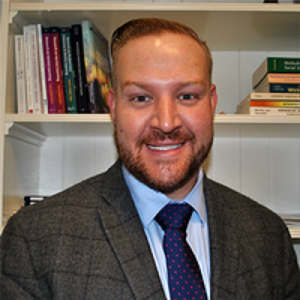 “It is clear we do not currently have a national STEM faculty that reflects the demographics of the students they are educating,” states the report titled “Strengthening Pathways to Faculty Careers in STEM: Recommendations for Systemic Change to Support Underrepresented Groups.”

Dr. Travis York, assistant vice president of APLU and co-author of the study, told Diverse that increased inclusion of underrepresented groups is necessary, not only for the sake of diversity but for the future of STEM professions.

“Our country is facing a huge deficit of STEM workforce; we need far more people to be graduating with STEM degrees in all areas, and in particular we need underrepresented scholars to be in those spaces,” York said. “That means our universities and our national systems need to serve those students well.”

Based on the findings, York said, “We need greater data transparency so that we can really understand where our systems are not serving these wonderful scholars and so that our systems can better work to increase the production of STEM scholars and the movement of STEM-qualified folks into the workforce.”

The report, which contains a companion guidebook for institutions, noted that one of the problems is a reduction in support for early career faculty in underrepresented groups. “Many universities have robust programs to support [underrepresented] students during their undergraduate and graduate careers, but that support appears to diminish at the post-doctoral and early career faculty stages,” the report states.

It also suggests that campus climate and the impact of implicit bias are often overlooked in institutional diversity measures. “Only a few efforts seek to build awareness among faculty members about the effects of implicit bias and microaggressions on [underrepresented] students and colleagues,” the authors write, adding that “many faculty are not attuned to the experiences underrepresented groups in higher education encounter, inadvertently contributing to unfriendly climates.”

They further state that this lack of understanding results in challenges to addressing the “unfounded beliefs and discriminatory behaviors” of some faculty who work with underrepresented students and determine who is admitted to graduate study and who gets hired and promoted for faculty positions.

The authors also point out the need for “transition support into post-doctoral fellowships or early career faculty roles,” noting that barriers and leaks at these stages of the pipeline can hinder success in academia for doctorate holders.

The APLU’s “Strengthening Pathways” recommendations were published as thousands of scientists throughout the country went on strike last month using the hashtags #ShutDownAcademia and #ShutDownSTEM. The organizers issued a statement, which said, in part, “Black academic and Black STEM professionals are hurting because they exist in and are attacked by institutional and systemic racism.”

One of the scientists who participated in the strike said the APLU report is helpful. Dr. Asmeret Asefaw Berhe, professor of Soil Biogeochemistry and Falasco Endowed Chair in Earth Sciences at the University of California Merced, said the APLU report “gives people an opportunity to think and learn and in that way, I think it was good.” 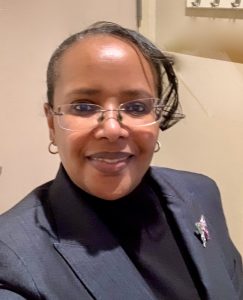 However, she added, “I think what deserves more attention is the workplace climate in academic institutions that continues to allow harassment and discrimination in our practices and policies. There is a growing body of literature piling up on how things are not okay . . . and there are active forces actually pushing people out, making the environment unhealthy and undesirable for too many people.”

The report concludes that programs in academia aimed at eliminating bias may not be doing enough to create truly inclusive teaching, mentoring and advising cultures. The authors issued “a call to action” which include these, among other, recommendations for administrators, faculty, researchers and policymakers:

York said, “We’re helping institutions understand where their systems can be improved so that we can not just say, ‘hey, there’s a big problem here,’ but we’re also trying to help institutions address those problems.”