More than 200 Princeton University faculty members have sent a letter to the institution’s leadership asking it to acknowledge “the way that anti-Black racism, and racism of any stripe, continue to thrive on its campus.” 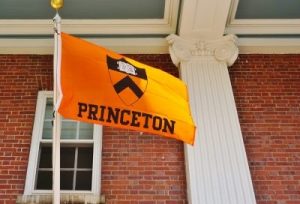 In a July 4 letter to university president Christopher Eisgruber and other leaders, the faculty members said racism is visible in Princeton’s campus makeup and its hiring practices. The task of remedying this problem, they added, falls disproportionately on faculty of color.

“We call upon the administration to block the mechanisms that have allowed systemic racism to work, visibly and invisibly, in Princeton’s operations,” write the faculty members in the letter. “We call upon the University to amplify its commitment to Black people and all people of color on this campus as central to its mission, and to become, for the first time in its history, an anti-racist institution.”

The faculty members further said that junior faculty of color should be guaranteed one additional semester of sabbatical. Princeton grants faculty members a semester of paid leave after they have worked for five continuous semesters, said The Washington Free Beacon.

“Being required to chiefly and constantly ‘serve’ and ‘represent’ in the interest of administrative goals robs the imagination and interrupts any possibility of concerted thought,” the letter says, in support of additional leave.

They also demanded that Princeton remove questions about misdemeanors and felony convictions from admissions applications “in recognition that mass incarceration and predatory policing not only menace the safety of all people of color at the University and their families but also hinder our community’s progress towards racial justice.”

Board Upholds Firing of Missouri Professor who Protested

Medieval Studies Struggles Against White Supremacist Elements in the Field