You are digital natives. So, this letter would better reach you by video, Instagram, Snapchat, maybe Twitter or a hashtag. But I need more letter characters and time than these platforms allow.

Please bear with me as you read. I warn you: First, my history recitation may seem unrelated but stick with me. Second, you might be tempted to read my analysis of White male power as a screed against all White males. It is not.

Did you learn about Pickett’s charge at Gettysburg in your history class? I’d like you to consider this battle as a metaphor for what you’re witnessing now with the murders of George Floyd, a truck driver and bar bouncer laid off due to the COVID pandemic; Breonna Taylor, an EMT and emergency room tech; Ahmaud Arbery, an avid jogger; and, the assault of Christian Cooper, a Harvard grad and bird watcher victimized by a White woman who used an old, violent trick – call the police and lie about being attacked by a Black man .

General George Pickett (known as the Lost Cause General of the Confederate South) fought a losing battle on July 3, 1863. Pickett and his all White male brigade were fighting to maintain an apartheid south built on the brutalizing, free labor of enslaved African men, women, and children. Pickett moved well above the Mason-Dixon Line and took about 12,000 Confederate soldiers straight into the heart of Union territory, Pennsylvania.

That July afternoon for about an hour, those 12,000 Confederate soldiers ran straight toward Union cannon fire. They were soundly obliterated by 6,500 Union soldiers in a bloody battle. Historians tell us that when Pickett and his soldiers ran into that near mile-long open field, they probably knew their charge was a defeat waiting to happen. Afterall, Pickett’s compatriot, General Robert E. Lee, had lost his battle the day before.

For a moment, I want you to think about those 12,000 Confederate soldiers as individuals. What was each one fighting for? These rank and file were illiterate. They owned no land. They were not members of the White gentry. They were poor, uneducated, and hungry for food. Most had tattered and torn uniforms barely clinging to their skin. Many were bootless. Their weapons were insufficient. Yet, they ran across that field with the undeterred vigor of bulls all the while knowing a sure death awaited them. What was each fighting for?

Why did they run into those canons knowing that southern apartheid and a slave economy had not and would not promise land, education, or wealth for them as White men? Why? They were fighting for the supremacy of their Whiteness and the silent compact between wealthy and powerful Whites and poor Whites that affirms: The power of White maleness will prevail over all else. If I am White and male, I will forever have some measure of power over those who are not White and male.

This pact is foundational to every American institution. It governs the distribution of resources and dictates social interactions. It is why we see education, health, income, wealth, and justice disparities. It is why we are seeing these countless murders of Black men and women. 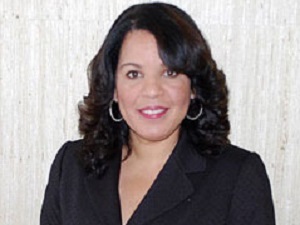 In this scheme, violence – direct or collateral – is not viewed as the cost of their compact. It is understood to be the mechanism by which the compact remains alive and functional.

You may have learned in science class that if you drop elemental mercury, it breaks into millions of smaller droplets– even microscopically – and, ultimately, can evaporate into an invisible, odorless toxic vapor. The same is true of systemic White male power. When confronted and challenged it simply breaks into more toxic versions of itself – a phalanx of a million violences centered on an essential control of Blacks. Blacks know to expect this of White male power wherever we go. In schools. Cars. Job Markets. Banks. Standardized Tests. College Admissions. Life. The essential control begins with Blacks but does not end there. It devours Indigenous communities, threatens LGBTQAI+ people, and attempts to subjugate all women (even complicit White women).

The violences of White male power manifest this way for all of us (even those who do not recognize the violences as harmful and deadly). Some of the violences are daily. All are so deeply embedded in American psychology that to many they do not register as a problem. For Blacks, these violences include:

In the vise grip of White male power, the democratic experiment called America will not survive or grow. As larger percentages of Americans are pushed to the edges of our nation’s economic, political, and social order, there will be few with a real stake in this democracy’s healing, growth, and worldwide influence.

You, today’s public school and college students, are the nation’s best asset in the fight to realize the nation’s egalitarian ideals and promise. Your multi-racial, multi-ethnic coalitions of  Black, White, LGBTQAI+/Same Gender Loving (SGL), Asian, Latinx, First Nation, and differently-abled people is the antidote to this deadening brand of White male power and the poisonous leadership it spawns. You are our teachers, now.

Dr. Leslie T. Fenwick is dean in residence at the American Association of Colleges for Teacher Education (AACTE) and dean emeritus of the Howard University School of Education and a professor of education policy. A former visiting scholar at Harvard University, she has taught students from kindergarten to the PhD level over the span of her career.