The University of Chicago has removed two campus tributes to Stephen Douglas, a former U.S. senator from Illinois who owned slaves under his wife’s name, reported the Chicago Sun-Times. 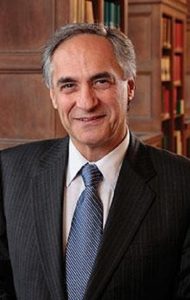 “Douglas does not deserve to be honored on our campus” because he “profited from his wife’s ownership of a Mississippi plantation where Black people were enslaved,” wrote university president Robert J. Zimmer in an email to students.

Gone from campus are a bronze plaque with an image of Douglas and a stone honoring Douglas from a now-demolished building that was part of the first University of Chicago, which the former senator helped found. These items are being relocated to the university’s Special Collections Research Center, which is a part of the university’s library, said Zimmer.

He also denied that Douglas had any connection with the current University of Chicago; however, a body called the Reparations at UChicago Working Group has argued that the current university and the old one are connected.

“Continuities between the two campuses can be found almost everywhere among its trustees, faculty members, student alumni, donor networks, intellectual culture, institutional memory, distinctive architecture, library books, and, of course, the University of Chicago’s name itself,” says a post based on a paper produced by the Reparations at UChicago Working Group.