In a first, Latinx students are the largest group admitted to the University of California’s (UC) freshman class for the upcoming academic year, reported CNN. 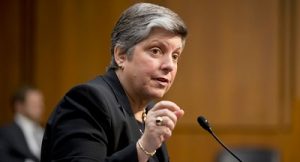 Latinx students comprise 36% of the 79,953 students from California offered admission to at least one of the UC campuses, according to the institution’s preliminary data published on Thursday. They surpassed Asian American students, who comprise 35% of students offered admission.

Of the total incoming students, White students comprise 21% of those offered admission; Black students make up 5% of freshmen; 0% are American Indian and Pacific Islander students; and 3% declined to state their race or ethnicity.

UC has also offered a record number of transfer students admission this coming academic year, it said.  Offers to California Community College transfer students were up by 1,374 for a total of 28,074, with the admission rate remaining steady at 76% for the second year in a row.

Offers to California freshmen from underrepresented groups increased 16% from last year. The proportion of low-income students rose to 44% from 40%

“This has been an incredibly challenging time as many students have been making their college decision in the midst of the COVID-19 pandemic,” said UC president Janet Napolitano in a statement “UC continues to see increased admissions of underrepresented students as we seek to educate a diverse student body of future leaders. The incoming class will be one of our most talented and diverse yet, and UC is proud to invite them to join us.”

UC Admins Warn Students, Faculty not use Messaging Apps While in China