In the wake of national protests against police brutality, the University of Maryland police department will be returning 50 M16 semiautomatic rifles, an armored truck, 300 magazine cartridges and 79 gun sights to the U.S. Department of Defense. It’s also selling two camouflage Humvees.

The university is divesting from the Department of Defense’s 1033 program, which allows police departments to get surplus military equipment at low cost, only paying for delivery. On July 1, Dr. Darryl Pines’ first day as president of the University of Maryland, he tweeted that the university would rid itself of its military gear, calling the move a “big step forward,” after over 1,300 students signed a petition in favor. 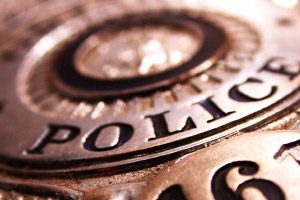 According to data from the Defense Logistics Agency, over 100 university police departments have acquired military equipment this way, including Purdue University, Western Kentucky University, Arizona Western College, Illinois State University, Florida International University and Black River Technical College, all of which have guns through the program.

Created in 1990 as a part of the National Defense Authorization Act, the 1033 program has waxed and waned over the years. Former President Barack Obama cut back the program in 2015 after the police shooting of Michael Brown, a Black man in Ferguson, Missouri. But President Donald J. Trump revived it in 2017.

The 1033 program mostly serves state, local and sometimes tribal law enforcement, where research shows a connection between access to military equipment and increased police violence, said Viviann Anguiano, associate director of postsecondary education at the Center for American Progress, a left-wing think tank. She recently published a list of recommended campus police reforms, arguing that military gear increases aggressive behavior among officers and contributes to a “culture of militarization.”

“Part of what happens is when a police officer has a gun, just the act of him having a gun makes him more likely to use it,” she said. “The same sort of concept applies to other military equipment. Having riot gear makes police more likely to use the riot gear.”

At the University of Maryland, the program’s removal has been an ongoing discussion, said the institution’s police chief David Mitchell. He first recommended the suspension of the 1033 program in 2014 when students expressed concerns about military-grade weapons on campus after police brutality protests in Ferguson.

People across the country were saying “these are unarmed demonstrators marching peacefully and you have weapons of war pointed at them, unjustifiably,” he said. He told students, “I get it. I hear it. There’s no way I can agree it’s good to present that image, certainly [not to] my community.”

He described the military gear as a “lightning rod” that “stymies communication.”

“The community is the police, the police are the community,” he said, citing a quote from former British Prime Minister Sir Robert Peel, who founded the metropolitan police in the early 1800s. “We have a contract with communities as police departments and police officers … I learned a long time ago to listen intently to what the community says.”

Still, Mitchell emphasized that the equipment wasn’t on campus for no reason. The Humvees were used for transportation during heavy snowstorms and hurricanes, he said. The department used the armored vehicle for active shooter drills as a rescue car and also got the M16s to prepare for an active shooter situation. He maintained that the department’s 27 trained rifle operators still needed guns for that purpose, but the department would switch them out for M4s, patrol rifles rather than fully automatic weapons.

For Mitchell and other officers, the 2007 shooting at Virginia Tech was a turning point, he added. Now, the number one question he gets from parents is whether the department is prepared for sudden gun violence.

And the 1033 program made accessing weapons cheaper. For example, Purdue University, which ordered 25 M16 rifles through the program in 2012, defended its participation in the program.

“The items we purchased via surplus were standard-issue equipment for police departments and provided significant cost savings over purchasing through commercial channels,” Purdue University’s director of Public Information and Issues Management Tim Doty told Diverse in an email.

Anguiano understands the need to prepare for active shooter situations – and the lure of inexpensive prices – but she’s still shocked by how many universities use the program and to what extent. She fears the combination of racial profiling and militarized campus police is dangerous, especially for Black students.

Anguiano has always seen higher education as a “mechanism for racial equity,” she said, but in order to achieve that, institutions need to consider all the possible equity consequences of their policies in and outside of the classroom, and that includes campus policing.

“A lot of times when we’re talking about equity in higher education, we’re talking about access, completion, student debt levels …” she said. “But I think universities have to apply this racial equity lens to every decision that they’re making. That’s sometimes where we get stuck in this equity conversation. We’re only having it in one place or one part of how we think of higher education and college attainment.”

Mitchell sees removing the 1033 program as a part of rebuilding trust with students of color engaging in the national conversation spurred by the killing of George Floyd, a Black man who died in police custody in Minnesota. The protests were “a long time coming,” he said, and naturally students look to their own campus communities for reform.

“There are parts of our history in American law enforcement that we are not proud of,” he said. “We used to pick up runaway slaves. We had slave patrols. And what happens – all that history gets handed down in families …”

“When it comes down to race in policing, there is no blank slate,” he added, citing University of Pittsburgh professor of Law Dr. David Harris. “How we replenish the goodwill we have built up is every contact, one at a time.”