Underrepresented In Faculty Jobs: Part of the Problem is Racism Against Black Faculty and Students - Higher Education

Underrepresented In Faculty Jobs: Part of the Problem is Racism Against Black Faculty and Students

Recent protests have raised awareness about how racial discrimination has caused Blacks to be underrepresented in a number of occupations, including faculty positions.  This problem has persisted for generations and its origins stem in part from racism.

A fellow business administration professor at Neumann University noted that job underrepresentation can be caused by not only discrimination but also encouragement or discouragement of career choice, college degree choice, educational and career opportunity, and exposure to opportunities and careers. When unconscious racial bias leads to college and career discouragement and fewer opportunities, Blacks have a harder time and may drop out of the system to try a lesser option. 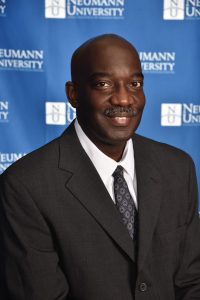 The plight of Black graduate students is particularly important because graduate school is a pipeline for future teachers and other underrepresented occupations that can serve as encouragement. The Atlantic article, “The Disciplines Where No Black People Earn Ph.Ds.,” notes that more than a dozen fields of study in 2017 had no Black doctoral students. Racism was a contributor. The article details horror stories of racist treatment and assessments of Black graduate students and flawed graduate school admissions.

Pew Research’s findings show how Blacks are more likely to have been victims of racism if they attended college. Black students are overrepresented as victims of school disciplinary actions, comprising nearly half of school suspensions and suggesting systemic racism, as the Philadelphia Inquirer article, “The Essential Educators,” explains. Black students complain about how they are treated differently in new student orientation, put into remedial courses, and discouraged from certain majors. This can increase lawsuits, bad press, and protests for colleges, and decrease trust in the educational system.

Adding to the racism Blacks must overcome as students in the faculty pipeline is the racism Blacks too often face in the faculty hiring process. A White education professor and founder of the Center for Minority Serving Institutions at Rutgers University, Dr. Marybeth Gasman, is renowned in the field of race in higher education. She has blamed faculty-hiring committees and their lack of diversity and racial bias training for national minority hiring problems. Gasman noted that much of the racism was directed at Blacks and gave an example in which a Black woman applied to 200 faculty jobs without success.

Blacks who manage to be hired as faculty can face racism in the work environment. This includes suffering from microaggressions, significantly higher rates of promotion denials, and abuse from their students, who resist and challenge minority faculty more than White faculty, according to multiple research studies reported in the third edition of Linda Nilson’s book, Teaching At Its Best. There are colleges that lack appropriate student conduct policies, not to mention cultures against hate and prejudice misperception and misinformation. Colleges should not let anyone be miseducated by misinformation.

Integrated Postsecondary Education Data System (IPEDS) data and other published reports show that minority student enrollment has been growing nationwide and in the Philadelphia metropolitan area where my employer, Neumann University, is located. Colleges must create communities free of racism to best tap this minority growth and set a more encouraging stage for Black students to pursue a college education. Dominating the list of the Top 25 occupations in which Blacks are overrepresented are government jobs and jobs that require no college education such as postal service mail sorters (index score 344), bailiffs and correctional officers (278), taxi and bus drivers (240 and 220), and barbers (253). The government has long been a leader in equal opportunity employment for blacks.

Why aren’t colleges—institutions of intellect and innovation—leaders in equal opportunity employment and figuring out better ways to eliminate racism and underrepresentation? Here at Neumann University, the president is proactively increasing initiatives for Blacks ranging from new programs for students to improvements in the work environment. Neumann University has used its core values as additional incentives to do the right thing—racism is not aligned with its core values. Chances are racism is not aligned with the core values of your college, either, and may be the extra incentive your college needs to take more action against racism.

Dr. Nathan Hardy is an assistant professor of Marketing at Neumann University in Aston, Pennsylvania.