This narrative was not the opinion I prepared to write for the readers of Diverse: Issues In Higher Education. I had all but edited a piece discussing the need to innovatively shift student services amidst the current and unexpected pandemic. Nevertheless, an old, familiar plague has reemerged and has relaunched itself in a more vicious form. This virus has, once again, reminded us that the journey to freedom and racial reconciliation is not a sprint but a marathon. Therefore, if we associate progress or freedom with material assets, then we completely negate the dream Dr. Martin Luther King, Jr., and so many others died to achieve. Yes, we have made improvements, but let us not be deceived. We are still a nation fighting for civil and equal rights, a nation still on fire. It is a fire which has burned as fervently as an Olympic flame and has taken our breath away. This blaze cannot be extinguished by task forces, corporate dollars, breaking news alerts, protests, court trials, town hall meetings, conferences or conversations.

By now, I am sure you are also abreast of this news. It was not only widespread on TV, it consumed our social media timelines. Despite this barrage of information, many choose to ignore the current issues. The breaking news of George Floyd’s death presented a problem in the land of the free, home of the brave, and it has not yet been resolved. This news exposed a long-standing problem, dating back to the 1600s; a problem which when processed is treated similarly to other unresolved issues. These issues include the mass shootings of Sandy Hook, El Paso, Parkland, Sutherland, Pulse, and many other violent gun massacres which occurred on U.S. soil. As a result, gun reform receives mass amounts of temporary attention in the network headlines, until the next shooting surfaces. Further, after the deaths of Freddie Gray, Sam Dubose, Walter Scott, Tamir Rice, Michael Brown, Eric Garner, and so many more, we find ourselves here again, discussing the problem. 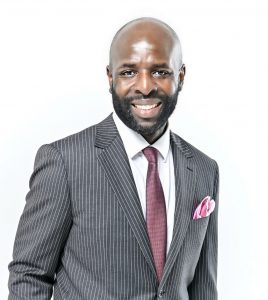 For days following the death of George Floyd, I fell silent. I wanted to speak using my social media platforms, but I was speechless. I was asked to post, respond, write a note to students, apply hashtags to my name, and join in a moment of silence, among other initiatives. However, I knew the death of George Floyd could not encompass the same temporary and emotional responses as so many other Black males who lost their lives at the hands of a system designed to honor and protect citizens of this nation.

When my students met with me to discuss their desire to lead and organize a protest, I felt uneasy. I was not concerned about looting, violence, or other actions often aligned with the destruction which occurred during some protests. To add, many of the ruination were initiated by counter groups. Instead, I needed my students to understand that, long after the news of racism in America is no longer breaking, the need to engage and lead social change should be ongoing.

As we prepare to welcome our students back during a pandemic fall term, which has now been integrated with a renewed conversation regarding racism, administrators are asking the same question Dr. King asked, where do we go from here? As I considered this famous question, the following three themes emerged:

The news, that either currently is or recently was breaking, should acknowledge the existence of critical race theory rather than primarily focus on diversity & inclusion strategies. It is important to understand the difference between the two. Originally, these two were perfectly embedded in trainings guided by “One America in the 21st Century,” President’s Clinton Initiative on Race. However, as we modernized diversity and inclusion related initiatives, we diminished one of its critical dimensions, which is that racism still exists in America. Therefore, until we are permitted to refer to racism in its most current form, we will remain a community in chaos, discussing the same issues decades from now, with limited progress and unchanged institutional polices.

Do What You Say

While the streets were filled with protestors, many of whom were our students, institutional leaders used social media outlets to write heartfelt, endearing letters. Indeed, it was the right thing to do. However, the action plan must match the ink on paper. Unfortunately, much of what has taken place over the years, has been systemic. Moreover, the existing racial barriers are embedded in the DNA of too many institutions. The real work lies in developing strategies to address policies which do not support the retention of Black students, faculty, and staff.

Develop A Culture of Change

As much as we all want change, it is still a process. Considering how change is implemented within higher education, many students may assume it occurs overnight. This is an important concept to grasp, especially for our students who may not completely understand the depth of systemic oppression which encompasses the culture of too many higher educational institutions. Unfortunately, the change we want to see may not come in the form of a quick fix juxtaposed, but a lengthy process strategically worked within the new culture of change.

Overall, I am intrigued to witness the many newly created positions, institutional letters written, new work groups launched and student activists engaged in peaceful protests. However, as we plan for the next steps in this work, it is important to be reminded that authentic progress stems from understanding the grit necessary to win the race of social unrest. I am hoping all of our institutions will continue leading and progressing this work long after the news is no longer breaking.

Dr. Gerald Jones is the dean of student services at Tallahassee Community College.

U of Alabama to Take Down Three Confederate Memorial Plaques