The UC System Just Admitted Its Most Diverse Class of Californians. How Did These Campuses Do It? - Higher Education

The UC System Just Admitted Its Most Diverse Class of Californians. How Did These Campuses Do It?

The University of California (UC) system admitted its largest, most diverse class of Californians this year, according to preliminary data. Notably, for the first time, the system welcomed a higher percentage of Latinx prospective students than White students from the state. 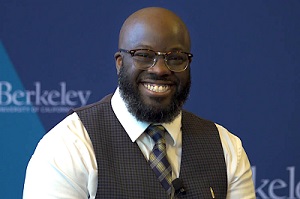 Some campuses, like UC Berkeley, took the lead. The campus admitted 200 more Black freshmen than last year, a total of 737, the highest number of Black students admitted since the late 1980s. Meanwhile, it increased its Latinx admits to 3,379 students, also the most in at least 40 years.

In a statement, UC system president Janet Napolitano called this incoming class “one of our most talented and diverse yet.”

But how did this class come to be? What strategies did campus leaders use to boost underrepresented admissions?

UC Berkeley did a major overhaul of its admissions process since the summer of last year, according to Olufemi Ogundele, UC Berkeley’s assistant vice chancellor and director of undergraduate admissions.

First of all, it changed the tone of its marketing, attracting more diverse applicants.

The admissions office also “completely changed” which schools it visited and why, he added, intentionally building relationships with high schools less familiar with UC Berkeley or less likely to consider it as an option. Ogundele also made a point of connecting with counselors from high schools underserved by the campus.

Plus, the school shifted the structure of its application review process to equip admissions staff with “a better contextual understanding of the educational environment in which they were evaluating students in,” Ogundele said. Reviewers are now assigned applications from smaller, specific geographic areas, which they thoroughly research before even doing outreach, let alone reading applications. 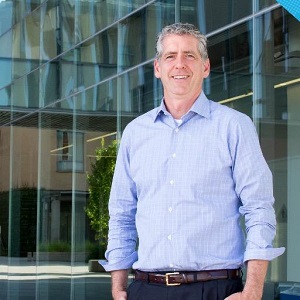 The goal is to keep the same level of academic prowess but to also uncover “different versions of excellence,” which means looking for “students who were maximizing the opportunities afforded to them,” he said. For example, some students can’t afford extracurricular activities, but “I do believe when you have students who might be the oldest of four or five siblings, when you have students who might be significant economic contributors to their households, that shows aspects of leadership and community and empathy that we absolutely want to see in our applicant pool.”

Like UC Berkeley, UC Merced has also made strides toward a more diverse admitted class, with 286 more African American students and 2,411 Latinx students from California than a year ago.

Four years ago, the campus launched a program that collaborates with school districts that serve Black communities and community organizations like the Boys and Girls Club LA to bring students to campus for week-long leadership institutes over summer. In part, Nies sees those efforts reflected in this year’s class of admits.

He also pointed to UC Merced’s policy of cutting down bureaucratic language in communicating with prospective students about financial aid packages and not referring admits to an office but a specific person on staff when they have questions, an extra “human” touch. UC Merced’s undergraduate student body is 75% first-generation students, Nies said, so its approach to admissions – and everything else – strives to be through that lens.

“As a first-generation college student myself, I had no idea what a FAFSA was or what a bursar’s office was. There’s all this language at the academy that you often don’t know …” he said. And “we really try in our outreach efforts to connect people to people. Just humanizing this process for our students is a really important way that we are better prepared to serve our students and connect with them.” 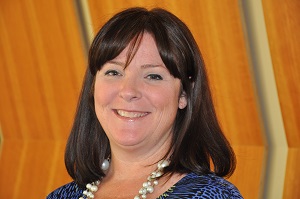 Emily Engelschall, UC Riverside’s director of undergraduate admissions and interim associate vice chancellor of enrollment services, also highlighted personalized, “intentional communication” as a reason for the campus’s growing number of underrepresented students. The campus admitted almost 300 more Black California students than in 2019, and in 2020, Latinx Californians make up 36% of its admitted class.

The school established a Community Engagement and Outreach Unit within the undergraduate admissions office about four years ago, she said, to specifically connect with prospective students of color. The unit includes six students who serve as diversity interns, so prospective students can connect with “students who look like them at UC [Riverside], have had similar experiences and can really speak to what the UC [Riverside] experience is going to look like.”

While it’s easy to credit a demographic shift for the uptick in underrepresented admits, especially Latinx prospective students, Engelschall emphasized that it’s not the only reason for increasing diversity. Diversity on campus is the result of active, targeted recruitment and efforts to make students of color “feel embraced as a community when they come on campus,” she said.

Still, UC admissions leaders all agreed the work is far from over. For one thing, they fear “summer melt,” admitted students peeling off and neglecting to enroll as the fall semester draws nearer, especially students from communities of color hit hard by COVID-19. Engelschall called it “the biggest unknown” for universities right now.

She and others also noted that Black students are still admitted at low rates. For the UC system as a whole, the percentage of Black California admits only crawled upwards from 4.8% to 5% of prospective students this year.

“This is a step in the right direction, and we’re going to keep taking steps,” Ogundele said of his campus’s future class. “We are not at our goals, but we’re working towards them, without a doubt.”

UC System President Plans to Step Down Next Year