As athletic departments navigate this time of uncertainty, Dr. Ketra L. Armstrong of the University of Michigan says attention to mental health for student-athletes, coaches and administrators must be a priority. 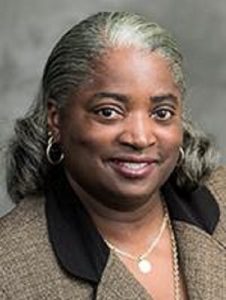 A former student-athlete, coach and administrator, Armstrong is now a professor of sport management and director of the Center for Race and Ethnicity in Sport at the University of Michigan and understands how the suspension of competition has impacted everyone involved in intercollegiate athletics. When competitive sports came to a total stop in March, she says the initial reaction was shock, followed by denial and, eventually, acceptance and strategic planning.

“In between the stages of denial and acceptance were confusion, fear and depression,” says Armstrong, who is a faculty athletic representative at Michigan.

This helped shape her view that mental health awareness and support for everyone navigating this time of uncertainty is essential. She has seen people become more intentional in their actions and she’s impressed by the robust protocols Michigan has put in place to help student-athletes.

When the pandemic began, the Big Ten Conference faculty athletic representatives were meeting weekly. Now it is every other week. “In a moment of uncertainty it’s hard to put plans in place when you don’t know what you’re planning for,” Armstrong says. “What we’ve been trying to do is forecast and be proactive. What are the guardrails that we need to maintain to protect the academic integrity?”

They’ve looked at details such as what missing a class means when classes are online. If an institution is utilizing a pass/fail system rather than grades, how does that impact eligibility? Armstrong says she and fellow faculty athletic representatives have been continuously examining the entire nexus of elements that may impact the academic performance and the overall health and wellness of student-athletes.

In addition to conference meetings, Armstrong keeps in touch with faculty representatives for Michigan’s many sports as well as people connected to the academic success program.

“Talking with the counselors and advisors about things that we can put in place for our student-athletes, talking to our health and wellness team, who do a phenomenal job of providing supports,” says Armstrong. “The role of the faculty athletic rep is not just academic integrity and performance, but it’s also the health and wellness of the student-athlete as well as the overall compliance of the university.”

She says working from home and communicating via Zoom has opened the door to some uncomfortable, critical conversations, such as what will happen if football doesn’t take place this fall.

There are teams of people throughout the university examining the scientific data around COVID-19 as it unfolds. The decisions being made are focused on the best interests of the overall student population at Michigan.

“Probably the most critical area of the COVID-19 pandemic is the mental health issue,” says Armstrong. She refers to a study the NCAA did in which student-athletes not only reflected on mental health challenges, such as a sense of loss, but also sleep difficulties, which can impact athletic performance and study skills.

“Losing [athletic opportunity] was a huge blow to their identity, so it created this identity dissonance,” she says. “On our campus and in the Big Ten Conference, we’ve really tried to respond with intentionality.”

In April, The Big Ten announced the formation of a Task Force for Emerging Infectious Diseases. This week, the Big Ten is holding a webinar on race and mental health in which Michigan will participate. Armstrong says diversity and inclusion are priorities on campus and frank conversations around race and gender have been taking place at Michigan for several years, and this includes student-athlete activism.

“We’re seeing a racial reckoning, but also a recalibration of sport at the same time,” she says. “Even in this virtual space, [student-athletes] are still finding ways to be active and to communicate their messages. I think it’s an amazing moment we’re in.”

Armstrong notes that an important way of addressing mental health is to destigmatize it and says that is the prevalent attitude for Michigan. Counselors frequently check on the student-athletes. Athletic trainers and coaches are also in touch.

“We know that they’re in this unique mind space,” says Armstrong. “We’ve also involved the parents. We’ve had Zoom calls with parents. We’re trying to provide our student-athletes with a holistic community of support.”

“We’ve been trying to be mindful of that and provide them with the services that they need,” Armstrong says. “A lot of them had to prepare for life after sports a lot sooner than they intended. In addition to mental health, we are still doing leadership development and career development. We’re still trying to prepare them to be good citizens.”

Arthur Ashe Jr. Sports Scholars:In A League of Their Own

Arkansas appears before NCAA board over track violations