With the goal of providing law enforcement training to all 100 counties in the state, the North Carolina Community College system has launched the Impartial Policing initiative.

“When a lot of the conversation began about concerns about policing, equity of policing and treatment of community members, particularly Black members in policing, we felt that certainly, we should be at the table of finding solutions for those problems,” said Dr. Kimberly Gold, senior vice president and chief academic officer of NC Community Colleges. 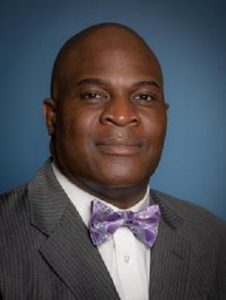 One of the main topics of discussion during the two-day, 16-hour training course is implicit and explicit bias. To better understand the idea of bias, one example used is people’s opinion on sushi.

“Some people like it, some people don’t,” said Jeffrey Robinson, dean of public safety education and chief campus officer at Wake Technical Community College. “Just looking at it, though, sometimes some will say, ‘I would never eat that because it doesn’t look good.’ Or ‘I’ll never try because I’ve talked to someone and they say it doesn’t taste good and I’m never going to try it.’ That is a bias that you have already.”

Impartial policing and rebuilding community trust are other topics of conversation. The training also looks at neuroplasticity and how the brain thinks under stress.

“People will find themselves in a scenario but they don’t know that there’s a bias under stress,” said Robinson. “You may not even know that you are being discriminative or you’re prejudiced, which really means prejudgments that you have. Sometimes you just don’t know that they exist.”

Additionally, two books, Moral Compass for Law Enforcement Professionals and Deliberate Leadership, are used as part of the discussion.

The program’s train-the-trainer format allows officer representatives, up to two from each institution, to take what they learned and develop a curriculum for their own police departments.

“Our hope with this training is for our instructors to strengthen their knowledge on best practices for officers to engage effectively within their communities,” said Susan Berley, vice president for student success and support services at Western Piedmont Community College.

Instructors have been certified by the North Carolina Criminal Justice Education and Training Standards Commission. Under the provided training, which is free of cost, an officer could expand the course to more than 40 hours of training for their department.

“You may have a chief or a sheriff that says, ‘I’ll give you four hours and that’s all I’m going to give you,’” said Robinson. “Then you have to construct the correct curriculum to maximize the time that you’ve been allotted.”

Robinson said this program goes beyond what is taught at state mandated diversity training as it focuses on an individual internally. 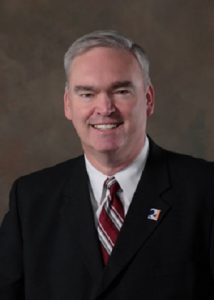 Dr. Robert S. Shackleford Jr., president of Randolph Community College, emphasized that in many areas, college campuses can be the most diverse place in a community. Officers, especially in small rural communities, must be trained to be “racially sensitive, culturally sensitive and age sensitive.”

“[This training] is going to give [officers] a better sense of diversity, equity and inclusion,” he added. “And that’s what’s been missing in a lot of the community policing through the years. It’s just been law enforcement against the public rather than law enforcement in relationship with the public.”

The first of four training sessions took place at Wake Technical on July 13 and 14 with more than 40 participants from 21 community colleges. Other sessions will be held in August at Craven Community College, Western Piedmont and Randolph. The goal is to train over 150 instructors from all 58 community colleges in the state.

“I think this course will help by at least bringing awareness, and hopefully cause officers to explore and try to understand other cultures,” said Robinson. “But also have that officer understand their own bias. Because if you do not understand that you have them, you can’t recognize them. But if you recognize your bias, then it helps you to manage it.”

To accommodate safety measures due to the COVID-19 pandemic, masks are mandated and participants are screened for symptoms upon entering. Classroom capacity cannot be higher than 50% and desks are spread at least six feet apart.

Other types of training sessions are in the works to reach more law enforcement officers. In September, more individuals will be trained, increasing the overall number to over 200.

Gold emphasized that this training program is the first step of many to establish change.

“We recognize that of all places, our campuses should be a place where community policing is practiced and where we want all students to feel comfortable … that they are treated equitably,” she added.

In addition to statewide training, NC Community Colleges has also implemented its own initiatives on campus.

For example, Randolph partnered with the National Alliance for Mental Illness as part of the Crisis Intervention Team program. This program trains law enforcement to better understand mental illness by identifying resources and building connections between officers, health care providers and emergency services.

“A lot of times, on the street, when you’re dealing with someone, they may not understand that they’re dealing with some kind [of] aggressive criminal, someone who is mentally ill or someone who is an addict,” said Shackleford. “This teaches them to understand mental illness, addiction and how to appropriately de-escalate rather than escalate those kinds of interactions.”

Crafting Our Political Self: A Powerful Antidote to Intolerance