After Mississippi State University’s best returning football player took to Twitter to announce that he would not play football if the state continued to display the Confederate emblem on its flag, the Mississippi legislature voted to remove the icon.

Athletes at the University of Texas advocated for reforms, too, such as changing the school’s racially undertoned spirit song and renaming part of Royal-Memorial Stadium to honor a Black athlete. The song remained, but the school renamed the football field after a pair of Black Heisman-winning running backs. A small, yet positive step.

Finally, the University of Virginia changed and re-changed its V-saber athletics logo, removing the curved handles that represented the school’s serpentine walls, which were originally designed to hide enslaved laborers from the view of faculty and students. 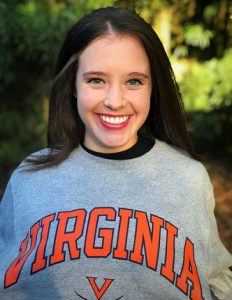 On many campuses, athletes have paved the way to right social injustices that have received increased attention since the murder of George Floyd. However, little conversation has been dedicated to discussing the oppressive, unjust history of the term student-athlete.

In 1955, while competing as an offensive lineman for Fort Lewis A&M, Ray Dennison suffered a knee to the head, which shattered his skull and eventually killed him. Dennison’s widow filed for death benefits since her husband’s death was the result of his work while serving as an employee of the institution.

The NCAA and Fort Lewis A&M took her to court in what is arguably one of the most important cases in intercollegiate athletics history. Here, the NCAA introduced member institutions and the public to a new term: student-athlete.

The NCAA’s argument went like this: Dennison was a student-athlete, and therefore could not be an employee. Thus, as a student, and not an employee, the widow was not eligible for benefits of any kind. The court agreed with the NCAA and ruled against Dennison’s widow, solidifying the trinity of student-athlete, amateurism, and intercollegiate sport for decades to come.

Years later, in his memoir, Unsportsmanlike Conduct: Exploiting College Athletes, Walter Byers, NCAA president at the time of the Dennison case, denounced the oppressive nature of the term student-athlete. Byers noted that he and the legal team coined the term to prevent not only paying the Dennison family, but also future generations of college athletes looking for worker’s compensation or for pay-for-play.

In spite of this history and the fact that the man who created the term came to condemn it, scholars, practitioners, members of the media, faculty, coaches, and athletes themselves continue to use it.

However, research demonstrates that priming, or subconsciously cueing, athletes with the term student-athlete, results in a decreased academic performance. This may be due to a cognitive imbalance, the perception that these two identities are in conflict.

Priming an athlete can result in lower academic performance, which may make some athletes engage even less in their education, continuing the cycle and unfairly supporting the dumb jock stereotype. So why do we continue to use this term?

In my course, Athletics in the University, I introduce students to the history and tradition associated with student-athlete. Some students are unfazed by the term and its origination, just as some students don’t consider the racist names of the buildings they enter.

Others, however, take exception to their new understanding of what it means to be a student-athlete. Some students, particularly athletes of color in revenue-generating sports, are enraged, knowing that this term prevents them from receiving compensation they feel they are owed.

Student-athlete is more offensive to some than others, but both reactions above demonstrate that students, and athletes, are influenced, arguably negatively, by the term student-athlete.

If we can work to rid higher education of racist athletics building names, mascots, and logos, we can abolish this demeaning and degrading term designed to subdue this unique student population.

As we recognize and come to terms with our country’s oppressive and racialized history and that history’s nexus with higher education, it is important to continue to understand the role of athletics in this relationship.

Rather than calling college athletes student-athletes, we could opt to call them just students or just athletes, or simply by their first name.

NCAA to give $200M to Members for Athlete Benefits