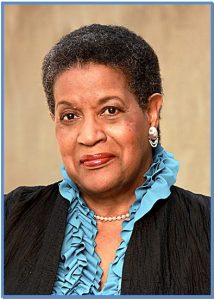 In a letter to the board of the City University of New York (CUNY), which she shared with the BK Reader, Myrlie Evers said Crew’s  “past record of leadership has been questioned by other educational institutions across the nation in both the K-12 and the college system.” She further said she’s “appalled and surprised” that Crew was accepted back to Medgar Evers College after a county school district in Georgia didn’t approve his appointment as superintendent.

“We are aware of the many reports that have demonstrated lack of performance administratively and in management as reflected in the University’s own assessment documents (PMP) for the past five years,” wrote Myrlie Evers. “Further, in these documents, the College represents the lowest among CUNY in effectiveness and accountability in the areas of admissions, retention, transfers, graduation rates, institutional development, and faculty recruitment since the President’s arrival at Medgar Evers College.”

Multiple CUNY Events to Honor Thousands of Student-Veterans in November

Innovator and Visionary for Community Colleges