As communities and institutions seek solutions to the nation’s racial inequities in the aftermath of protests surrounding George Floyd’s death in police custody, the Education Trust recently cited “continued and systematic exclusion of Black and Latinx students from the most selective public colleges and universities in the country” in an incisive report published on its website. 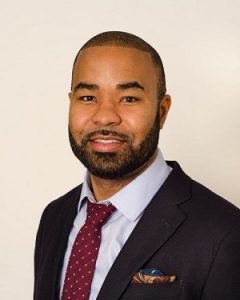 Titled “Segregation Forever: The Continued Underrepresentation of Black and Latino Undergraduates at the Nation’s 101 Most Selective Public Colleges and Universities,” the report examines how access for Black and Latinx students at these institutions has changed since 2000. It also questions whether their student bodies represent the racial and ethnic diversity of their various states.

The report takes its title from former Alabama Governor George Wallace, who notoriously declared, “Segregation now, segregation tomorrow, and segregation forever!” as he attempted to defy the Supreme Court’s 1954 Brown v. Board of Education decision which made racial segregation in public education illegal. Wallace’s efforts in 1963 to prevent integration of the University of Alabama ultimately failed due to the intervention of federal authorities.

According to the Education Trust analysis, the selective public institutions included in the study “are regressing toward segregation and becoming less accessible.” The author of the 40-page analysis, Dr. Andrew Howard Nichols, Education Trust’s senior director for Research and Data Analytics, called out institutional leadership for pledging support for equity and inclusion while their campuses tell a different story.

“College and university leaders as well as policymakers need to look beyond their rhetoric about the importance of diversity, equity and inclusion and take action,” Nichols told Diverse. “At many of the institutions we saw the percentage of Black students decrease, so that tells us they certainly weren’t making it a priority.”

Each institution was given a set of scores and grades for its commitment to access for Black and Latinx students ranging from 0 to 100.  “We then used these scores to assign each institution a letter grade using the traditional grading scale. Scores of 90 or higher received A’s. Scores in the 80s, 70s, and 60s received B’s, C’s, and D’s, respectively. Scores below 60 received F grades,” the report explains.

According to the data, more than three-fourths, or 77 %, failed to expand Black student access and only 10 of the 101 institutions had Black enrollments that were relatively representative of their state’s Black population.

For Latinx enrollment, at first glance it appears that considerable progress has been made. Every institution increased the percentage of Latinx students on campus since 2000 and roughly 85% saw their Latinx access scores improve but the report notes that many of the institutions enrolled very few Latinx students in 2000; nearly two-thirds had Latinx enrollments at or below 5%. However, as the analysts points out, “failing to improve Latino representation would have been a difficult task given the low enrollment figures in 2000.” And even with the gains, two-thirds of the institutions failed to match or exceed the Latinx population in their states.

According to the report, enrollment at the most selective colleges and universities has not kept pace with demographic changes in their respective states.

The findings reveal that despite some marginal gains in access for Latinx students since the turn of the century, both Black and Latinx students “continue to be woefully underrepresented at these institutions.” The data also shows that in many instances, access has even regressed.

“It’s a matter of priorities,” Nichols said. “We’d like to see institutions set clear goals around improving access for both Black and Latino students.”

The report outlines 10 steps policymakers and college leaders can take to improve access for Black and Latinx students, including improving campus climate and reducing the role of standardized tests as admissions criteria. It also suggests using race more prominently in admission decisions, noting, “Except in a handful of states, it is legal to use race in college admissions decisions. The Supreme Court has affirmed its constitutionality in several cases, including most recently in the Fisher v. The University of Texas cases. Despite the legality of such policies, very few institutions use race in their admissions decisions, and public institutions are the least likely to do so.”

The report’s data on individual institutions stated that seven out of nine University of California undergraduate schools received D and F grades in access for Black and Latinx students.

“The exclusion of Black and Latinx students from selective colleges and universities is nothing short of a crisis” said Varsha Sarveshwar, who represents 275,000 students as president of the University of California Student Association. “Higher education leaders and policymakers must move beyond public commitments to diversity — and act decisively to ensure that access is truly equitable.”