Within days after Netflix CEO Reed Hastings and his wife Patty Quillin pledged a total of $120 million to the United Negro College Fund and two of Atlanta’s historically Black colleges, another HBCU became an indirect beneficiary of that philanthropic gesture.

“We were so inspired by the recent gifts to Spelman and Morehouse — and that they each received $40 million — and we looked at that and said ‘well, we can do that too, we have the resources to do that,’” Bob Fockler, president of the Community Foundation of Greater Memphis, told Diverse after announcing the foundation’s $40 million gift to LeMoyne-Owen College in early July.

Following what Fockler called “quick approval” by the foundation’s board, he 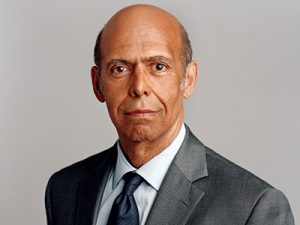 “I was in tears,” she told Diverse several days after the announcement. The unexpected windfall came at a critical time for the 800-student college facing multiple setbacks due in part to the COVID-19 shutdown and in part to ongoing financial issues.

As an institution largely serving students from low-income and first-generation college families, Le Moyne-Owen was attempting to steady itself after a contentious leadership change a few months earlier that resulted in Johnson-Dean’s appointment.

“Like all historically Black colleges, we have struggled with financial challenges over the years,” Johnson-Dean said. “The persistent challenges that are faced in the African American community in this country also affect our students.”

When the coronavirus hit, technology, or the lack thereof, became an immediate concern.

“With the pandemic, we had students who lived in homes without computers and without internet access,” Johnson-Dean said, making the move away from campus and onto “remote learning environments” a difficult process.

It was amid the shutdown turmoil that LeMoyne-Owen was approached by the Memphis Community Foundation.

“We had this sort of epiphany,” Fockler said. “On the one hand, we’ve always been interested in trying to drive this community forward economically and otherwise. On the other hand, a part of our community investment principles tell us we need to act more aggressively to hopefully deliver equity in our community.”

The goal of delivering equity propelled the foundation toward LeMoyne-Owen College, an existing community asset with a recognized history, despite its problems, of educating Black teachers, political leaders and social justice advocates.

“LeMoyne-Owen is in the right community, but it has been underused, underappreciated and underresourced,” Fockler said, adding that the foundation had provided a series of bridge grants totaling about $300,000 to the college about 14 years ago “when they were going through some very, very tough times.”

Founded in the late 1860s by an abolitionist, LeMoyne-Owen College is a venerable part of Memphis’ rich — and tragic — civil rights heritage. The city is home to the National Civil Rights Museum at the Lorraine Motel, site of the assassination of Dr. Martin Luther King Jr.

The foundation’s $40 million gift quadruples the college’s endowment which was just $13 million. The college will receive 5%, or about $2 million of the average balance. Johnson-Dean said priorities for its use are increasing enrollment, recruiting faculty, providing scholarships and making technology upgrades. Calling her “a brilliant leader,” Fockler said the foundation has not placed restrictions on its use.

Although the inspiration for the size of the gift to LeMoyne-Owen came from the Reed and Quillin donations, the videotaped killing of George Floyd in May and subsequent demonstrations  have prompted philanthropy from various quarters directed to HBCUs and organizations that support civil rights and racial equity causes.

“Dr. King famously reminded us that ‘the arc of the moral universe is long, but it bends toward justice,’” Dr. Michael L. Lomax, UNCF’s CEO, said in a statement on the organization’s website. “I believe the arc does not bend toward justice on its own. We must bend it with all the strength and power we have.”

Amazon joined the social justice philanthropic movement in early June, announcing $10 million in grants to 12 organizations connected with education, equity and social justice. Within weeks Amazon updated its initial grant amount to add $8.5 million from its employees, which it matched, bringing the total to $27 million for groups ranging from the NAACP to Black Lives Matter to the ACLU and the National Urban League. Among the recipients were UNCF and the Thurgood Marshall College Fund.

Via e-mail, Dr. Harry L. Williams, TMCF’s president & CEO, told Diverse: “The inexplicable deaths of George Floyd, Breonna Taylor and Ahmaud Arbery, among others, necessarily requires a thoughtful and prompt response from our leaders and a commitment to be resolute in their opposition to discrimination, bigotry and violence, regardless of the source.”

To that end, in late June, the Sallie Mae Fund, the charitable arm of Sallie Mae, announced that, in partnership with Thurgood Marshall College Fund, it would contribute $4.5 million in scholarships and grants over the next three years “to increase higher education access and completion among minority students and underserved communities and to support educational programs that advance social justice, diversity, inclusion, and equality.”

Williams added that TMCF is partnering with a variety of groups and corporations “to dismantle racism and other forms of discrimination, embrace the strength in our diversity, and move this great nation toward a more equitable society.”

Some donations target specific needs affecting HBCU students in the wake of COVID-19. For example META — a teletherapy smartphone app for college students — will provide mental health services to HBCU students with a $270,000 grant from the ECMC Foundation, which seeks to improve academic outcomes for students from underserved communities.

One of TMCF’s member schools, Florida A&M University (FAMU), has been a recipient of several grants related to equity and racial justice in recent weeks, according to Dr. Shawnta Friday-Stroud, vice president for university advancement and dean of the School of Business and Industry. For instance, the investment firm Vanguard has committed $50,000 to FAMU and four other HBCUs.

Southern Glazer’s Wine and Spirits has established what it titled the “Social Injustice and Racial Inequality Endowed Scholarship Fund” to provide four scholarships each year for five years to deserving candidates with financial need.

“There are other corporate entities making donations as well,” Friday-Stroud said but noted that “it’s a delicate balance to select partners that are interested in long-term relationships with the university.” Some of the recent donors already had established those connections with FAMU.

“People make the assumption that because we are public we don’t have the financial problems some of the private institutions have,” she said, pointing out that funding from state tax revenue varies and the pandemic is causing public HBCUs to do even more fundraising than they have done in the past.

Several educators expressed the hope that this unique period of giving to institutions that serve African American students and communities of color will continue beyond this period of focus on racial injustice and that it will reach other small colleges like LeMoyne-Owen.

In his statement, Lomax thanked Reed and Quillin, who launched this wave of social justice giving. “I feel a profound sense of responsibility to steward their incredible gift to maximum impact,” Lomax said, “and ensure that it advances their belief in and commitment to the principle that ‘Black lives matter.’”

This article originally appeared in the August 6, 2020 edition of Diverse. You can find it here.