Texas Christian University’s head football coach Gary Patterson on Sunday reportedly said the N-word during a practice session while admonishing a player for using the same word, reported ESPN. Patterson apologized a day after a group of players boycotted practice on Monday. 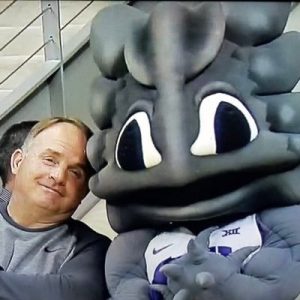 “I apologize for the use of a word that, in any context, is unacceptable,” said Patterson, in a statement he released on Twitter. “I have always encouraged our players to do better and be better and I must live by the same standards. … I met with our Seniors and Leadership Council last night about how we move forward as a team, together. We are committed as individuals and as a program to fighting racial injustice of any kind. ”

Earlier, player Dylan Jordan said on Twitter that Patterson used the slur while dressing him down for allegedly saying the N-word in the team meeting room. Patterson allegedly told Jordan: “You’ve been saying [N-word] in the meeting room.”

Jordan made clear that Patterson didn’t use the racial slur against him, but that it was wrong he said it at all.

“It ain’t [about] calling me the n- word…. that never happened… it’s [about] the fact that it’s not acceptable to be said regardless context…,” Jordan tweeted.

The Consequences of the Roseanne Fiasco