Number of Black, Asian or Minority College Leaders in England Falls to About a Dozen - Higher Education

Number of Black, Asian or Minority College Leaders in England Falls to About a Dozen

The percentage of Black, Asian or minority ethnic (BAME) principals in charge of higher education institutions in England has dropped from 13% in 2017 to 5% or 6% of the nation’s 239 further education (FE) colleges currently, reports The Guardian.

Meanwhile, the number of BAME students has risen to 30% of the country’s 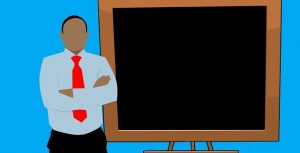 In response, an association known as the Black Further Education Leadership Group penned an open letter to the government, demanding the country address “systematic racism” in the sector and that it close the 13% attainment gap between BAME students and White students who pursue higher education.

“The supporting data and our lived experiences present an uncomfortable truth that too many BAME students and staff have for far too long encountered a hostile environment and a system that places a ‘knee on our neck,’” the letter, which was shared with the Guardian, states. “It is self-evident that we will not accept this moving into the future.”

The group then suggested a “radical revision” of higher ed curriculum to “reflect contemporary British values, the importance of colonial history and its influence on society, the impact of racism on black and white communities and the contributions made by black people to society.”

Among other requests, it also asked that racial equality and anti-racist pedagogy be a central tenet of teacher training, professional development and leadership programs and that recruitment processes address diversity imbalances.